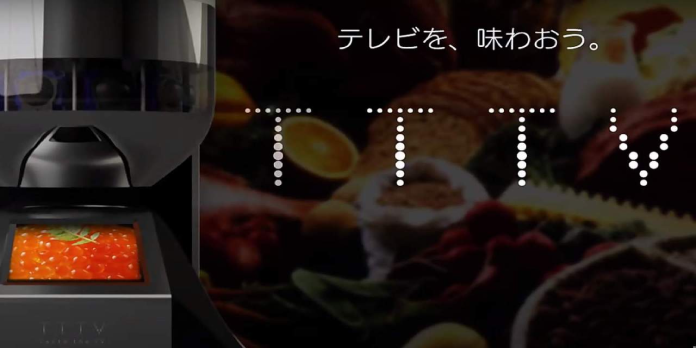 Just when we thought we’d seen everything, a Japanese scientist creates a TV screen that you can taste, and TikTok is enthralled. According to Reuters, the new Taste the TV (TTTV) comes with ten flavor canisters that may simulate the taste of a variety of cuisines. However, while novelty television holds a lot of promise, TikTok is more concerned with what you could taste if you tried to lick it.

In a video on TikTok, @dr.karanr discussed the TTTV and briefly explained its mechanics. People that are interested in more than just tasting food fill the comment section, which is unsurprising. A short look at the reactions to the film reveals the names of A-list celebrities, expectations that the television will be used inappropriately, and very nothing about actually tasting food. “Fifty Shades of Grey just became a lot weirder,” one user said, and that’s all the summary the comment section needs.

On TikTok, but across social media, the innovation was a great hit. However, the concept poses several difficulties, including concerns regarding the hygiene of numerous persons using the same TTTV, particularly in light of the continuing COVID-19 outbreak. Nevertheless, it may be safer than it appears, believe it or not.

We’re one step closer to having a totally immersive experience.

Although the TTTV is still in the prototype stage, it has been tested and proved to work. Professor Homei Miyashita of Meiji University in Tokyo, Japan, is responsible for the innovation. Miyashita spent almost a year developing the prototype. He is now working with a group of roughly 30 students to improve TTTV with various gadgets, such as a fork that improves food taste.

Developing the so-called “lickable TV” is a significant step toward achieving a fully multimodal watching experience. However, it’s difficult not to consider the hygiene implications of having to lick a television screen, though Miyashita appears to have devised a solution.

TTTV creates flavor combinations using its ten flavor canisters to mimic the taste of specific cuisines faithfully. The taste sample is then sprayed over a sanitary film that covers a flat-screen television once it has been combined. The spectator can then lick it to taste what’s on the screen. Assuming that only one individual uses the same film, it appears to be a relatively safe experience. In fact, Miyashita thinks the technology will be especially valuable in the wake of the global pandemic.

COVID sufferers may benefit from TTTV

Apart from the different forms of amusement offered by TikTok, this strange innovation has the potential to do a lot of good at a time when many people are compelled to stay at home. Professor Homei Miyashita explained, “The goal is to make it possible for individuals to have the sensation of eating at a restaurant on the other side of the world while staying at home.” He also mentions that the TTTV could be used for various purposes.

According to the professor, one method to use the TTTV is to offer distance schooling for sommeliers and cooks. This device could also be used to play online taste games and quizzes in the future. Finally, it may benefit patients recuperating from COVID who have lost their sense of taste.

A commercial version of Taste the TV, according to Miyashita, would cost roughly $875 to produce. While it may not gain widespread acclaim immediately, it is an intriguing first step toward a truly immersive VR experience that engages all senses.

How to Sync Your Contacts Between All Your Devices: iPhone, Android,...

Arlo Go 2 LTE/Wi-Fi Security Camera gives us a peek at...