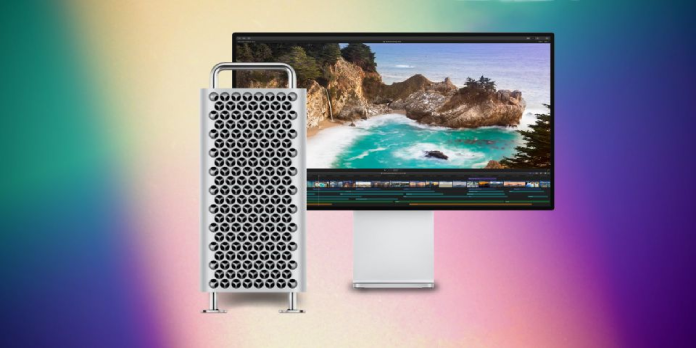 The final stage in the shift to Apple Silicon is likely to be a 2022 update to the Mac Pro, which will replace the top-tier 28-core Intel Xeon.

This year, a new Mac Pro is anticipated, but it may not include the Apple CPU that many have been anticipating. The Mac Pro is Apple’s top-of-the-line desktop computer, designed for individuals with the most demanding computing requirements. The most recent Mac Pro is so powerful that it still ranks near the top of raw performance benchmark rankings despite not having been upgraded in two years. Apple intends to upgrade it to Apple Silicon shortly.

At the 2020 Worldwide Developers Conference, Apple said that it would be replacing Intel CPUs with its semiconductor design, branding the new processor’s Apple Silicon. The M1 series was the first of the new processors, demonstrating that Apple made the right choice, at least for its low-power gadgets. The M1 design is used in the MacBook Air, MacBook Pro, Mac mini, and iMac, and it provides excellent CPU and GPU performance.

High-end desktops are the one area where Apple Silicon falls short. Apple’s latest 2021 MacBook Pro, powered by Apple’s greatest microprocessor, the M1 Max, nonetheless falls short of the 2019 Mac Pro with an Intel Xeon processor. However, that is projected to change in 2022, and many were expecting Apple’s M2 to push the edge once more, propelling the Mac to new speeds. However, according to a recent Tweet from Apple leaker Dylan, the M2 will not be included in the 2022 Mac Pro and will instead be replaced with an M1 model.

Which Processor Will Power Apple’s Mac Pro in 2022?

While an M2 Mac Pro is unlikely to appear before 2022, Dylan stated that Apple would finish its transition away from Intel CPUs this year. As a result, the Mac Pro is the final machine upgraded with Apple silicon. According to earlier sources, Apple’s M2 processor is believed to be a minor update over the M1, adding a few more cores and maybe improving efficiency even further. Dylan believes that the 2022 Mac Pro will be based on a new M1 processor type, which, while surprising, does not contradict some of the most reliable leaks about Apple’s top-tier machine to date.

Early reports from Bloomberg stated that Apple was developing a 40-core CPU and 128-core GPU for its Mac Pro processor, but no chip family was mentioned in the story. However, because the Macintosh is Apple’s most powerful computer, the corporation may have decided to take extra time with development, starting early and developing a super-powerful M1 model before the M2 processor was ready. With its 10-core CPU and 32-core GPU, the M1 Max is very strong, implying that a rise in central processing and a significant increase in graphics performance will propel the Mac Pro to new heights.