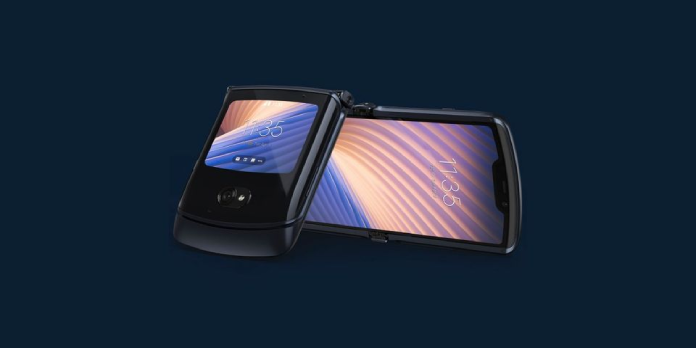 The General Manager of Lenovo China has announced that a new Razr foldable is on the way, with considerable enhancements over the previous model.

According to a Lenovo executive, a third-generation Motorola Razr foldable smartphone is on the way. One of the first manufacturers to reveal a vertical folding smartphone was Motorola. The 2019 Motorola Razr, on the other hand, was not well received because of its lackluster specifications, which didn’t quite match its asking price. As a result, Motorola released a 5G version nearly a year later, including enhancements.

Samsung’s Galaxy Z Flip phone outperformed Motorola’s first attempt not just in terms of specifications but also in terms of price. Since then, Samsung’s clamshell foldable has seen two updates, the most recent of which is substantially better than its predecessors and even cheaper. However, despite Samsung’s supremacy in this market, Motorola is now ready to compete with a new Razr phone.

Given that a foldable Razr phone wasn’t released until 2021, some may have concluded a new one wasn’t on the way. However, that isn’t the case, as a new Motorola Razr foldable smartphone has been confirmed to be in the works. A senior Lenovo executive in China verified the device’s existence. Jin Chen, GM of Lenovo Mobile China, disclosed on Weibo that the third-generation Razr foldable smartphone would include a more powerful CPU, among other changes.

The Third Time Is A Charm

The upcoming Razr smartphone is Motorola’s third effort at creating a foldable smartphone, and it faces competition from not one but two rivals. First, there’s Samsung’s Galaxy Z Flip 3, which has already become the world’s best-selling foldable smartphone, thanks to its mix of features, style, and pricing. The Huawei P50 Pocket, meanwhile, is the newest addition to the clamshell foldable category. Although it is not as inexpensive as Samsung’s phone, it outperforms it in terms of specifications. Other phones, such as the OPPO Find N and the incoming Honor Magic V, compete with it outside of the vertical folding arena.

Motorola promises a more powerful chipset, improved user interface, and a new look. All of this sounds exciting, but the specifics are a little sketchy at the moment. As a result, more details are required to give a clearer image of the product and how it will compare to the competitors. While there is no exact date for when Motorola’s next foldable phone will be released, it is thought that the new Razr phone will be released in China first.