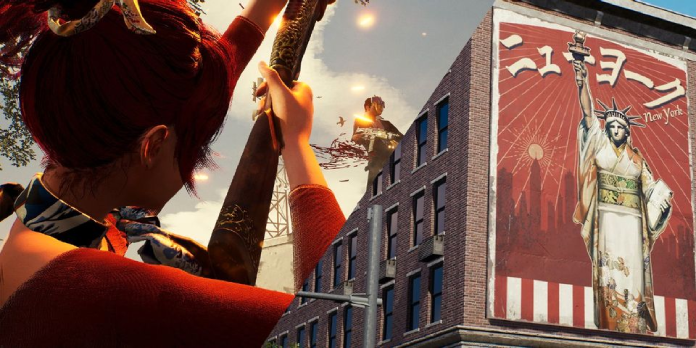 Showa American Story is a forthcoming RPG set in a hybrid world of Japan and the United States that promises to be a love letter to 1980s pop culture and B-movies.

Developer With a show-stopping video, NEKCOM Entertainment has debuted its new RPG, Showa American Story, which promises to give a gore-filled love letter to 1980s pop culture and B-movies. With highly anticipated releases scheduled throughout the year, 2022 appears to be a promising year for video games, and new game reveals are already hinting at what lies beyond the year.

Many gamers have expressed dissatisfaction with what they believe to be a slow year for video games in 2021. Horizon Forbidden West and God of War Ragnarök are just two of the AAA experiences that have been postponed from its intended 2021 release date, owing to continued fears about the coronavirus pandemic. Despite the difficulties faced by many creators, 2022 is expected to start on a high note, with Forbidden West and Dying Light 2 being released in February, as well as the release of Elden Ring. With numerous announced titles still awaiting a release date, 2022 and 2023 are shaping up to be fantastic gaming years for all types of gamers.

Showa American Story, which was announced today, January 7, in an IGN clip, is quickly becoming one of the most anticipated future games. The amazing movie depicts the Japan-dominated United States, mixing US history with Japanese characteristics. Players will assume the role of Choko, a resurrected adolescent on a “quest of truth and revenge across North America as she gets stronger.” The third-person action RPG is “an enthusiastic love letter to the 80s’ pop culture with a strong taste of B-Movies,” according to the game’s Steam page. So far, the announcement clip has wowed fans, with many commentators complimenting the game’s novel concept and exciting gameplay. More information can be found in the game’s description:

“The combat in Showa American Story is fast-paced and violent. In many fast-paced battle situations, players will fight swarms of zombies and monsters, moving, attacking, and avoiding. Prepare to wade into a sea of ketchup!”

Showa American Story will include frenzied combat with both ranged and melee weaponry, emphasizing strategy, as shown in the clip. Users will be able to navigate through the unique environment and surroundings on foot or by motorcycle, with other modes of transportation expected to be available as well. Choko walks about on stilts and uses a hoop and stick, which could be a clue at minigames or side quests in the main release. As they go around the game environment, players can expect to meet zombies and other frightening hazards.

Showa American Story’s full contents are yet to be published. Still, the teaser teases humor, danger, and dynamic combat with a hybrid of Japanese and American culture, which should appeal to a wide audience. The game appears to have a strong Yakuza feel to it, and the addition of what appear to be side activities and minigames also harkens back to older Japan-set RPG classics like the Shenmue series. While no release date has been set, people interested in the game can add it to their Steam wishlist right now.