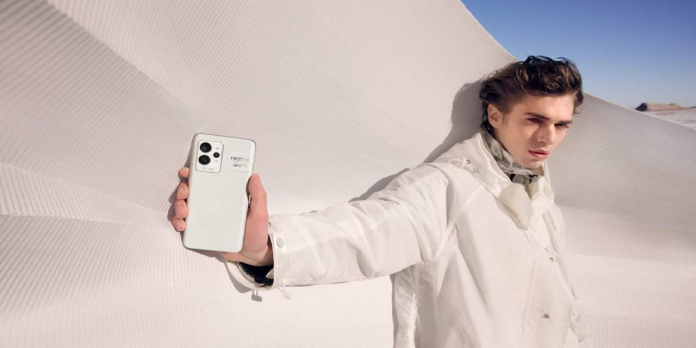 Realme’s new flagship phone isn’t just about great specs; it’s also about being environmentally friendly. On Wednesday, the Oppo sibling brand introduced the latest device in a flurry of tweets. The GT 2 Pro will be released in January and powered by Qualcomm’s Snapdragon 8 Gen 1 mobile processor. Along with the Moto Edge X30 and the Xiaomi Mi 12 series, it’s one of the few new smartphones to be announced for the new CPU.

12 built-in antennas are among the other interesting features of the upcoming Realme GT 2 Pro. According to Engadget, the Antenna Array Matrix System, as Realme calls it, is the world’s first ultra-wide-band antenna. The technique allows the phone to switch between 12 distinct antennas at any time, allowing it to select the antenna with the strongest wireless signal. It will also come with a new Wi-Fi antenna technology, which Realme claims will improve Wi-Fi signal stability by 20%.

Aside from the specifications, the Realme GT 2 Pro will stand out from the crowd due to its unusual style.

According to a tweet from Koustabh Das, a senior communication specialist with RealmeIndia, the new handset will sport a texture inspired by paper, which is one of the more unusual design decisions we’ve seen in a phone recently. Realme Design Studio and Naoto Fukusawa, a well-known Japanese industrial designer, collaborated on the phone’s design. Fukusawa has previously collaborated with MUJI, Herman Miller, and Alessi and is widely regarded as one of the world’s most prominent designers. Realme and Fukusawa collaborated on designing the GT Master Edition series of devices.

Realme claims that a novel bio-based polymer substance was used to generate the texture on the phone. SABIC, a Saudi Arabian company, has supplied the material. Realme has also received an ISCC (International Sustainability and Carbon Certification) to demonstrate the device’s environmental friendliness. Furthermore, Realme’s packaging for the phone will use only.3% plastic, instead of the 21.7 percent used in the device’s predecessors.

On January 4, 2022, the Realme GT 2 Pro will be available in China. However, a company official told Engadget that it would launch internationally at some point in the future. Realme has yet to reveal detailed specifications, such as battery capacity and screen size, but we expect to learn more after the January launch.