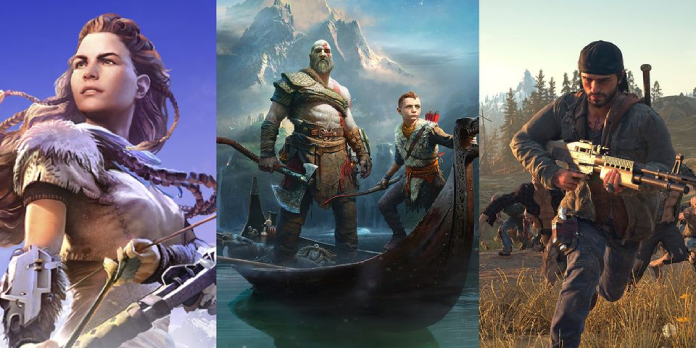 God of War PC surpassed rival PS4 games on PC, such as Days Gone and Horizon Zero Dawn, with a maximum player count of 73,529 just two days after debut.

God of War has only been released on PC for a few days, yet the concurrent player count has overtaken Horizon Zero Dawn and Days Gone. The Game Awards 2018 Game of the Year winner is the latest Sony exclusive to come to PC, and it won’t be the last, with Uncharted and Death Stranding: Director’s Cut also expected to receive ports later this year.

Last year, Sony reaffirmed its commitment to porting many of its exclusive games to the PC. Horizon Zero Dawn was the first game to make the switch in 2020. Unfortunately, however, it was plagued by glitches at the release, necessitating some patching to fix the primary difficulties. Since then, Sony has improved its porting process, even going so far as to improve previously popular titles. All of this has led to the PC release of God of War, which will be available on Steam and the Epic Games Store on January 14.

Also See:  The KOTOR Remake Is Supposed to Include All-New Play Modes

Games analyst Benji-Sales (via TheGamer) compared the latest Sony exclusive version to Horizon Zero Dawn and Days Gone on Twitter, highlighting certain stats of God of War’s PC performance on Steam. According to the analyst, God of War’s PC port had a top concurrent player count of 73,529 on January 16, two days after its debut. Horizon Zero Dawn’s top count of 56,557 was nearly 20,000 higher, and Days Gone’s peak count of 27,450 was nearly three times higher. In a tweet, Benji-Sales also stated that these PC data show that God of War has sold over 20 million units in its lifespan.

God of War on Steam peaked even higher today for concurrent players. Its the first PlayStation Studios game to reach 70k+

This has sold a LOT of copies and likely pushed God of War over 20+ Million Units sold Lifetime pic.twitter.com/GtR8lH7K05

God of War’s creative director Cory Barlog recently claimed that the concept for the game’s PC version came from the PlayStation Studios team, who had to persuade Sony to make the transfer happen. With such positive feedback and praise for many of these games on consoles, it’s understandable that the developers would want to reach a wider audience with a PC release. It allows Sony to generate more money, but it also allows these exclusives to be improved beyond the hardware for which they were initially designed.

When Uncharted: Legacy of Thieves launches later this year, the popularity of Sony’s PC conversions is expected to continue, signaling to the developers that there is a strong hunger for more. In addition, fans have been asking for PC versions of many renowned PlayStation exclusives, including Bloodborne for PC, which has yet to be released. God of War has proven that this is a successful tactic, and Sony’s conversion push will almost certainly intensify if it continues.