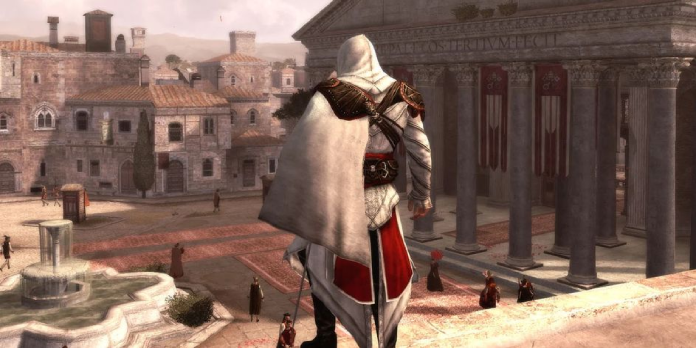 The Nintendo Switch will get Assassin’s Creed: The Ezio Collection, which includes all three of Ezio’s adventures as well as a slew of additional features.

According to Ubisoft, the iconic Assassin’s Creed: The Ezio Collection is coming to the Nintendo Switch next month. The story of Ezio Auditore da Firenze, an Italian aristocrat-turned-assassin revolutionary, began in 2009 with Assassin’s Creed II and continued in a trilogy of games that many fans consider to be among the best in the long-running Assassin’s Creed franchise. In Assassin’s Creed, players experienced the era of the Italian Renaissance and encountered legendary historical personalities like Leonardo da Vinci as Ezio rose through the ranks of an ancient order of Assassins and revealed the deadly Templar organization’s intrigues.

The three games included in Assassin’s Creed: The Ezio Collection continued on the story of Ezio’s grandson Desmond Miles. He used a high-tech gadget called the Animus to tap into the memories of his ancestors to prepare for the ongoing war against the Templars in the year 2012. The option to wield two of Ezio’s iconic wrist-mounted hidden swords, as well as modifications to the series’ stealth-based assassination gameplay, were added to the formula of the first Assassin’s Creed in these three titles. Assassin’s Creed: The Ezio Collection was restored for the PlayStation 4 and Xbox One in 2016, and new speculations have hinted that it will also be released for the Nintendo Switch.

Since the Ezio games, the Assassin’s Creed series has evolved dramatically, phasing out Desmond’s story and moving gameplay styles to a more RPG-like approach as the franchise moved into settings such as ancient Egypt and Greece. Assassin’s Creed: Vallhalla, released in 2020, put players in the shoes of a Viking commander named Eivor as they worked to construct a new home for their colony in what is now known as the British Isles. Ubisoft has already released two major DLC packs for Assassin’s Creed: Valhalla, with a third, named Dawn Of Ragnarok, due out in March.