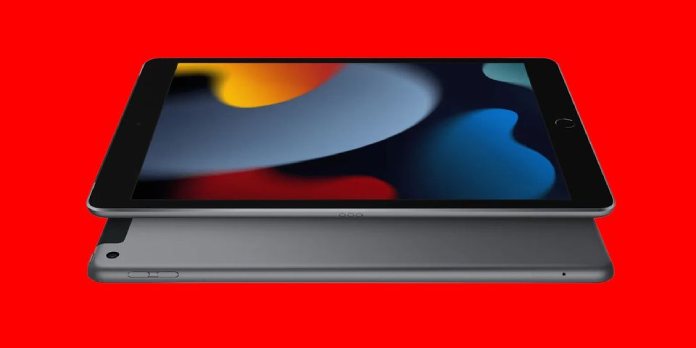 Apple is planning an iPad refresh for late 2022, but it won’t be a design upgrade for at least another generation.

Apple is reportedly planning an iPad refresh for late 2022. According to a recent leak, it will include a chip and 5G upgrade in a chassis that is aesthetically similar to its predecessor. Since 2014’s iPad Air 2, the first Apple tablet to include a Touch ID fingerprint sensor in the home button, the plain iPad has had the same basic design. The design was quickly adopted by the iPad Pro, iPad Air, iPad Mini, and the regular iPad.

On the other hand, Apple’s tablets eventually took on a more modern appearance. The iPad Pro was the first tablet to remove the home button, with a consistently thick bezel and a sleek metallic design with sharp corners. IPad Air also adopted the new design language in 2020. The sixth-generation iPad Mini received a similar makeover last year. And with that, there were hopes that the original iPad — the device that launched Apple’s multibillion-dollar tablet empire — might get a makeover for its tenth generation.

Well, it appears that a redesign will have to wait for at least another generation. According to Twitter leaker Dylan (@dylandkt), the upcoming 2022 iPad refresh will look exactly like its predecessor, which debuted last year. Those hoping for a redesign of the entry-level iPad, on the other hand, will have to wait another year. And, to be honest, seeing the identical aesthetics on Apple’s entry-level iPad is a little disheartening. However, it looks like Apple is recycling the same chassis and merely altering a few internal components to keep the iPad inexpensive for another year.

The iPad 10th Generation is coming out towards the end of this year with 5G, Bluetooth 5.0, Wi-Fi 6, A14 processor, 10.2 inch display, and the lightening connector. This will be the last model before a redesign is to take place in 2023.

We’re being far too cautious

A new design would necessitate significant changes from Apple’s in-house engineering to the manufacturing, handled by third-party contractors like Foxconn. However, avoiding risks is the best option in chip shortages and pandemic-related supply chain uncertainty. In terms of internal changes, the most recent leak mentions an upgrade to the A14 Bionic chip, which is an improvement over the A13 Bionic SoC found in the current-generation iPad. The A14 Bionic is used in the iPhone 12 series, whereas the A15 Bionic is used in the sixth-generation iPad Mini.

By the time Apple’s tenth-generation iPad ships with the A14 Bionic, the A16 Bionic will be powering the iPhone 14 series. Support for 5G is included in the remaining upgrades. It’s unknown whether the 2022 iPad redesign will enable mmWave 5G or stick to the slower Sub-6GHz frequency. The screen size remains unchanged at 10.2-inches, and Bluetooth 5.0 and Wi-Fi 6 handle wireless networking. Except for a vague launch schedule “towards the end of this year,” the leaker says nothing regarding pricing. As is customary, all preceding details are officially unverified, so treat them as such.