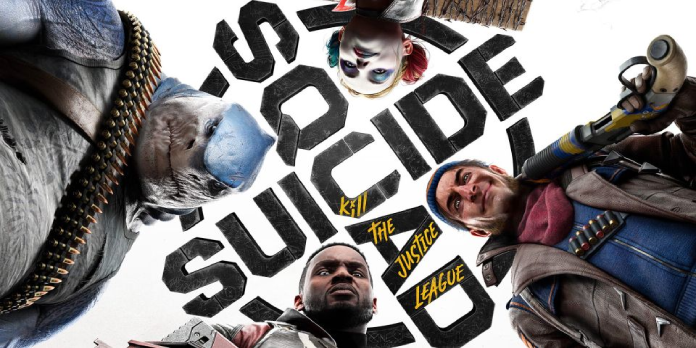 Suicide Squad: Kill the Justice League’s creators have released the game’s first screenshot, which features all four protagonists together.

Rocksteady Studios has released the first screenshot of Suicide Squad: Kill the Justice League’s protagonists, ahead of the game’s scheduled appearance at DC FanDome. The Suicide Squad members’ official artwork had already been revealed on Twitter, but the new image gives fans their first look at the in-game characters. Much of the game has been kept under wraps so far, but Rocksteady has been releasing small details to keep fans interested in the upcoming game.

The Suicide Squad game takes place in the Arkhamverse, the same continuity as Rocksteady’s earlier Batman: Arkham series, rather than the DCEU. Harley Quinn, King Shark, Captain Boomerang, and Deadshot, all of whom will be playable in the final release, appear to make up the entire squad. The game’s plot will revolve around eliminating members of the Justice League, including Superman, who can be seen in the game’s first trailer killing civilians while under the control of Brainiac. Other Suicide Squad details are scarce for the time being, but eager fans can now see how the characters will appear in the game.

Also See:  How to: Access Apple Calendar on Windows 10 Pcs

The image was taken from a tweet by Sefton Hill, Rocksteady Studios’ Creative Director. It depicts all four Suicide Squad members together and teases more revelations to come. “Can’t wait for you to see more of the story and the weird and wonderful reprobates you’ll be teaming up with,” Hill says in the caption, implying that the game will feature more DC characters. More characters in the Suicide Squad game could be revealed at the upcoming DC FanDome event.

It’s very nearly time for #DCFanDome. Can't wait for you to see more of the story and the weird and wonderful reprobates you’ll be teaming up with in #SuicideSquadGame pic.twitter.com/28g3Pr6Cik

While little is known about the game’s gameplay, it has been confirmed that it will take place in Metropolis, Superman’s hometown and that players will freely explore the map in an open world. It’ll also be a lot more of a shooter than Rocksteady’s previous Batman games, which makes sense given the protagonists’ different fighting styles.

Suicide Squad: Kill the Justice League is a title that will be released next year, but not much is known about it yet. Based on the teaser footage promised for DC FanDome, that’s likely to change, but the new screenshot gives fans one of the first glimpses of what the game will look like. Suicide Squad: Kill the Justice League is shaping up to be one of the more intriguing games of 2022, thanks to Rocksteady’s solid track record and the game’s fresh, interesting plot and characters.