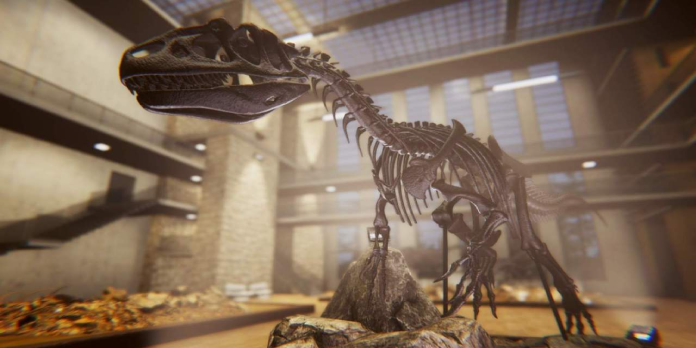 As promised, Steam Next Fest has returned. The fall 2021 edition of Steam Next Fest is live now, and as with previous Steam Next Fests, the idea here is to give upcoming indie games a chance to get noticed by the PC gaming masses. Steam Next Fest accomplishes this by offering hundreds of demos for players to download and check out, but the catch is that they’re only available for the next week.

Frankly, more demos are available during the Steam Next Fest than any PC gamer could hope to play over a single week. While I can’t tell you which demos are the absolute best of the best, I can tell you about some of the demos I’m planning to download while Steam Next Fest is live, starting with one that I imagine many people are downloading: Starship Troopers – Terran Command.

Many of you are probably planning to check this out at some point over the next week, as it’s the most wishlisted game that’s participating in Steam Next Fest. It’s easy to see the appeal, too, as Starship Troopers seems like a perfect fit for the real-time strategy genre. Being a fan of games like Age of Empires and Starcraft, Starship Troopers – Terran Command sounds like it’s right up my alley, and I don’t seem to be alone there.

Another game I’m planning to demo this week is Outworlder. I’m a sucker for sandbox survival games with crafting, but Outworlder seems to take things one step further with colony management mechanics and an apparent focus on combat. At first blush, the graphics remind me of Starbound or Terraria, and since I loved both of those games, I’ll be taking a look at Outworlder.

The third game on my list is something of a curveball: Dinosaur Fossil Hunter. I have no idea if this game will be any good, but there was a period when I was a kid that I wanted to be a paleontologist, so it’s probably for me even if it isn’t great. I’ve had Dinosaur Fossil Hunter on my wishlist for a couple of years now, and since we’re getting closer to launch, I’m going to give this game a good look finally.

The final demo I’m planning to check out is for a game called Lumine. Billed as a precision platformer, Lumione takes clear inspiration from Ori and the Blind Forest in the graphics department. At the same time, the platforming is reminiscent of games like Super Meat Boy and Celeste. I love a good platformer, so as long as Lumione can deliver on that front, this is probably a perfect game for me (and many others as well, judging by the success of the games Lumione draws inspiration from).

These four games barely scratch the surface of all the demos available through Next Fest for the next week, but they all seem worth a download to me. Which games are you planning to check out this week? Head down to the comments section and let us and your fellow PC gamers know! Steam Next Fest is on now through October 7th.