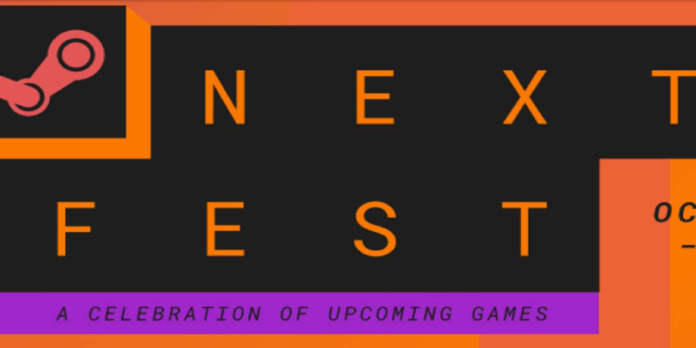 Steam has confirmed when Next Fest will happen, beginning on October 1 at 10 AM PDT and ending October 7. Next Fest may be a multi-day celebration of future games allowing gamers to explore and play many different game demos. During the event, fans will be ready to watch developer live streams and chat with development teams about games that are coming soon to Steam.

Along with announcing the dates, Steam also shared a teaser video that shows multiple games featured. one of the more exciting game demos available during the event comes from the creators behind “No Man’s Sky.” We don’t know much about that game, but big things are expected from the developers.

Other games seen on the teaser video include “Starship Troopers – Terran Command”, “Life of Delta”, and several others. The event will have a mix of game demos from established developers with multiple titles to their credit and first-time developers just breaking onto the scene.

Also See:  Sales of Call of Duty in the United Kingdom Drop Significantly Following the Launch of Vanguard

Next Fest events have happened frequently during the pandemic since the pandemic has prevented gatherings where fans can interact with developers or game together. Next Fest was previously called the Steam Game Festival, but its name changed in June.

On the official notification of the event, Steam confirmed that it stopped seeking out developers to feature their demos within the October edition of Next Fest on Assumption. So presumably, after the October next Fest kicks off, it’ll be a minimum of a few months before another event occurs.