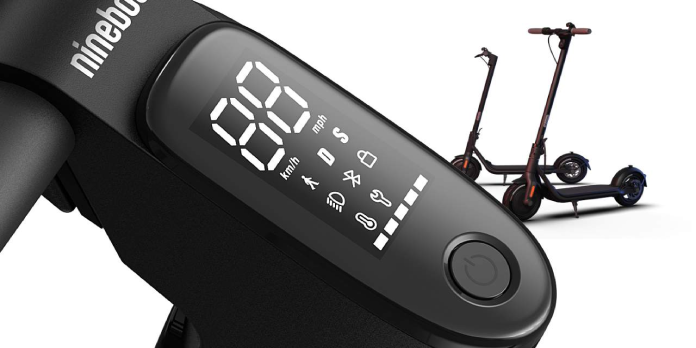 Segway-Ninebot unveiled a new F series of eKickScooters with mobile-connected smart controls this week. The F25, F30, and F40 scooters all work with the Segway-Ninebot app. This app connects to the scooter through Bluetooth and allows the user to update the device’s software, lock the scooter, and track riding status and data.

Never in my wildest dreams did I see myself writing an article on an electric scooter that could be updated through a smartphone. But that’s the world we live in: one where we can quantify every part of our life (in this example, via data acquired from the scooter) and masterfully manipulate every electronic item.

Each of the new Segway-Ninebot F series scooters has a variety of riding modes. The LED dashboard on the scooter allows the rider to switch between riding modes. Riding modes provide the rider with the option of a long-lasting battery with low power draw (Eco mode), a large power draw and super speed (Sports mode), or a Standard balanced mode.

The flagship model F40 has a 350 W nominal power output, which allows it to reach a top speed of 18.6 mph. According to Segway-Ninebot, the F40’s battery capacity allows it to travel “almost 25 miles without recharging.”

Each of the three launch versions from Segway-Ninebot had a regenerative braking mechanism. Holding the brake while rolling down a slope allows the user to create power for the scooter’s battery, allowing the rider to go further than the conventional maximum distance. Each scooter’s 2.5w LED light can also be powered by battery power.

ps4 an error has occurred

There Was a Problem Accessing Your Keychain