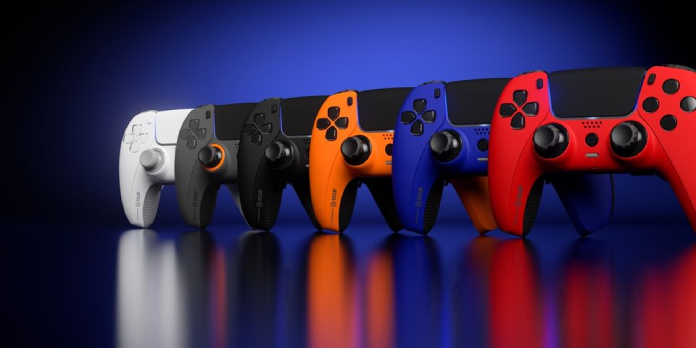 SCUF Reflex, Reflex Pro, and Reflex FPS are three new high-performance controllers from Scuf; all built specifically for the PS5.

Players are looking for higher-end DualShock 4 controllers for their PlayStation 4 needed to look no farther than Scuf. Scuf’s custom gamepads are noted for their wide range of features, including remappable paddles and rear buttons and interchangeable sticks and adjustable triggers. While well-made peripherals like the Xbox Elite controller demonstrate Microsoft’s desire to increase its first-party controller offerings, Sony’s efforts in this area appear to be lacking. However, the sale of a PlayStation-branded back button attachment for the DualShock 4 last year shows that Sony may explore its possibilities in the future.

Scuf Gaming announced the SCUF Reflex, Reflex Pro, and Reflex FPS controllers today, December 7. They are priced at $199.99, $229.99, and $259.99, respectively. According to the firm, each one is compatible with PS5 and Windows 7+ platforms and is presently available through the official Scuf storefront. DualSense’s adjustable triggers are included in the Reflex and Reflex Pro versions. Reflex FPS is a lightweight controller designed specifically for first-person shooters that eliminate adaptive triggers and haptics favouring instant bumpers and instant triggers with a one-tap motion that mimics mouse clicks. All three have four remappable back paddles that can be configured to do up to 12 distinct functions, as well as replaceable faceplates, interchangeable thumbsticks, enhanced thumbstick design, and a Profile Switch that allows players to save three different remapping settings at once.

In terms of custom PS5 controllers, Scuf’s new Reflex models are sure to pique the interest of many gamers, especially those eager to step up their competitive game. Scuf is addressing a demand that hasn’t been met elsewhere yet, as this is the only high-performance custom controller available for Sony’s newest console.

While Sony has remained silent on custom controllers, it has partially satisfied fans’ wishes for DualSense colour variants. Cosmic Red and Midnight Black are two new controller colours that joined the DualSense family this summer. Hopes are still strong that even more versions will be released soon; however, the persistent PS5 supply shortage suggests that waiting for new information on this front could endure a long time.

On the manufacturer’s official webstore, all three new Scuf controllers for PS5 are now available for purchase.

A Minecraft player recreates the Ecto-1 car from the Ghostbusters