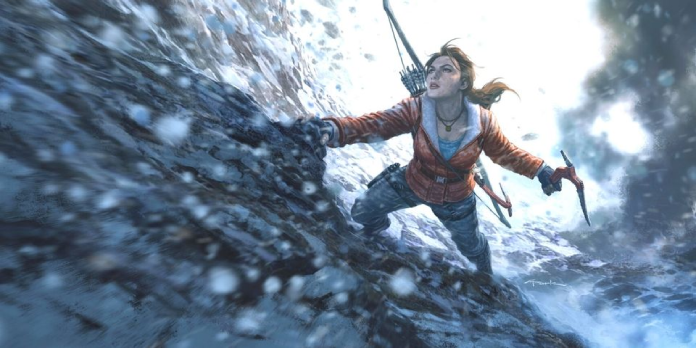 As part of the franchise’s 25th-anniversary celebration, Amazon Prime members will be able to download Rise of the Tomb Raider for free starting in November.

To commemorate Tomb Raider’s 25th anniversary, Crystal Dynamics and Prime Gaming are giving Rise of the Tomb Raider out for free to Amazon Prime subscribers in November. In October 1996, Lara Croft made her video game debut on the Sega Saturn, cementing her place as a video game icon for decades to come. Since then, offshoot games, blockbuster movies, and comic books have propelled the series to new heights, bringing the franchise to a large and devoted fan base. Since its inception, the Tomb Raider video game franchise has sold over 85 million copies, and Crystal Dynamics has teamed with Amazon Prime to give away the game’s most recent incarnation for free to commemorate its more than two-decade success.

Amazon’s debut into the video gaming industry, Prime Gaming, has quickly established itself as a contender. Prime Gaming rewards its users with virtual riches every month, including DLC, in-game items, and free AAA game downloads. Amazon Prime members got first dibs on PlayStation 5 system restocks in September, and Prime Gaming provided Battlefield 1 and Battlefield V for free in July. Amazon has worked with major studios to develop itself, competing with companies like Epic Games, which routinely delivers free games to platform customers.

In addition to the offer, Square Enix is commemorating Tomb Raider‘s 25th anniversary by making its Tomb Raider games and DLC available for purchase on various digital platforms. Tomb Raider products are on sale for up to 89 percent off on platforms like Steam, Humble Bundle, Green Man Gaming, GOG.com, the Square Enix Store, the Xbox Games Store, and the PlayStation Store.

The anniversary celebration allows fans to dive into the Tomb Raider universe at a significant discount or free if they have Amazon Prime. Although Rise of the Tomb Raider was released in 2015, it isn’t a recent AAA title; still, Prime Gaming’s deal does help to reduce the price of the PC edition, which is now averaging approximately $29.99 across numerous shops.

Tomb Raider’s 25th-anniversary celebration is most likely meant to pique interest in the franchise ahead of the release of the Tomb Raider Reloaded mobile game in 2022. Since Shadow of the Tomb Raider launched in 2018, the portable installment will be the game’s newest title. Thus Square Enix is likely focused on reinvigorating the franchise’s following after what will be a four-year delay.