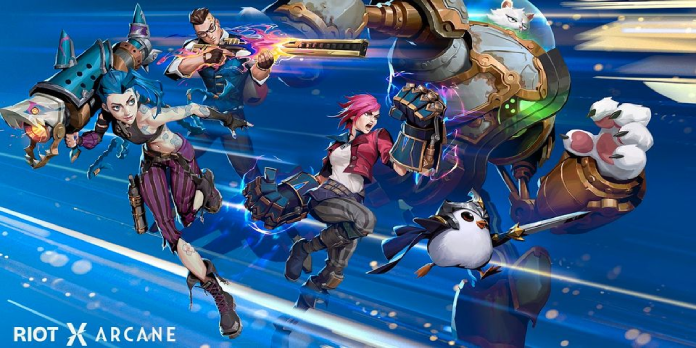 Riot Games, the League of Legends video game producer, has planned a multi-game crossover event dubbed RiotX Arcane to coincide with the opening of its new Netflix television series. League of Legends is one of the most popular video games globally, with millions of active daily players all around the world. It was announced in 2019 at Riot’s 10th anniversary that a spin-off series, Arcane, would be launched. The series would include a cast of professional voice actors who are no strangers to the world of video games.

Riot Games’ first full-length animated series, Arcane, is part of a bigger goal to enhance the world and narrative of League of Legends. It is the company’s first animated series overall. Initially available on Netflix on November 6, the initial three episodes will be followed by two additional batches of three episodes later in the month. Riot Games sponsored a lavish red-carpet premiere event in Los Angeles, attended by company executives and important members of the community. In the meantime, a global watch party was held on Twitch, where streamers were permitted to rebroadcast the first episode to their respective audiences. In the land of Runeterra, where the video game League of Legends is located, the show recounts the stories of well-known characters such as Jinx and Vi, who appear in the game.

To commemorate the launch of the series, Riot has created RiotX Arcane, a month-long event that will include numerous games, some of which will be developed by third-party developers. The celebration will be divided into three parts, each of which will symbolize one of the general themes of the episodes and will run concurrently with the continued publication of new episodes of the show. The League World Finals and Arcane Premiere Super Weekend, which took place on November 6 and 7, respectively, marked the beginning of the festivities. The following show is Progress Days, which will premiere on November 7 and run through November 13, when the second batch of episodes will air. Finally, Undercity Nights will take place from November 14 to November 20 and will conclude with the release of the final three episodes of Arcane, which will be shown on November 20.

During this period, fans will have the opportunity to win exclusive items and rewards that are themed after the performance. League of Legends players may now obtain free skins for Jinx, Vi, Caitlyn, and Jayce and take advantage of game improvements. League of Legends: Wild Rift, the mobile version of the game, is also getting the celebration treatment, with free skins for daily log-ins and Arcane-themed activities. Meanwhile, Riot’s CCG Legends of Runeterra will receive a new champion in the form of Joyce, as well as a new PvE mode and a variety of cosmetic upgrades. On the other side, Teamfight Tactics is getting a “Double Up” option that will allow you to play with your pals as well as a new set of weapons. Finally, Valorant will introduce a new agent by the name of Chamber, as well as a free RiotX Arcane Pass. In addition, Riot is cooperating with popular titles such as Among Us, PUBG, and Fortnite to expand League of Legends’ reach beyond the realm of Runeterra itself. The most well-known of these collaborations was the recently announced Jinx skin for Fortnite, released earlier this month.

Because of the new Netflix program and more media coverage, the already-popular MOBA game is likely to see a boost in players, as was the case with Dota 2 when its animated series, Dragon’s Blood, aired on the streaming platform earlier this month, according to a report. Because League of Legends is already one of the most popular video games globally, and it has a thriving esports sector, this is excellent news for Riot Games. This year, the League World Finals alone attracted more than 4 million spectators from countries other than China. While this is happening, Riot recently announced on Twitter that the number of monthly active players for their games set in the League of Legends universe had topped 180 million. This is more than the whole concurrent active monthly player base on Steam, which is now estimated to be approximately 120 million players at any given time.

The PC version of League of Legends is now available.

LEGO Star Wars: The Skywalker Saga gets new trailer, but is...