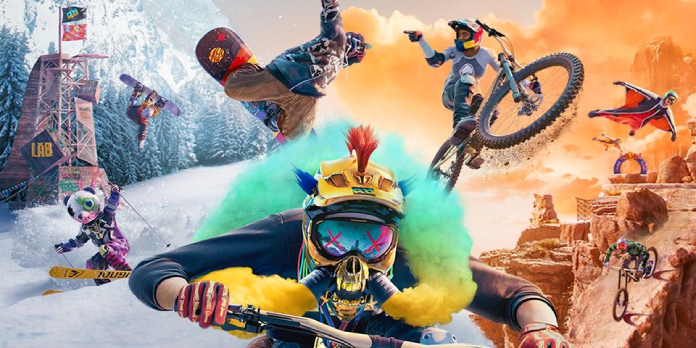 The Riders Republic is getting a free day of play from Ubisoft. Starting October 12, PC gamers will be able to download the build through Ubisoft Connect.

A free day of play for PC gamers will allow fans to try out Ubisoft’s upcoming Riders Republic ahead of its release. The Riders Republic is shaping up to be one of the most exciting competitive multiplayer games of the year, putting players’ skills to the ultimate test across various sports.

Riders Republic will put players through their paces with high-octane sports like mountain biking, snowboarding, skiing, and even wingsuit flying and rocket wingsuiting. Matches on new-gen systems can have up to 50 players, with a cap of around 20 players on PlayStation 4 and Xbox One. The open-world game will feature a variety of game modes, including a Riders Republic Tricks Battle mode, where players can put their skills to the test.

Unleash the Rider within!
Play for free on October 12th exclusively on Ubisoft Connect PC pic.twitter.com/KU7nRGbJiZ

Those unfamiliar with Riders Republic’s various game modes will be able to try them out before committing to a purchase. Multisport races are featured in Mass Race, with new offerings appearing on the map at random every 30 minutes. Players will team up with five friends in Versus Mode to compete in career events to put their skills to the test. Users will compete in 6v6 matches to perform as many tricks as possible to earn points for team wins in Tricks Battle. Finally, players in Free for All can compete against up to 11 other players while working through an event playlist.

The free day of play for the Riders Republic does not appear to be coming to consoles, though Ubisoft may announce one in the coming weeks. With the release of Riders Republic just around the corner, anticipation for the game has reached new heights, and it’s hoped that more players will be able to try it out ahead of time.

On October 28, Riders Republic will be available for PC, PS4, PS5, Xbox One, Xbox Series X/S, and Stadia.