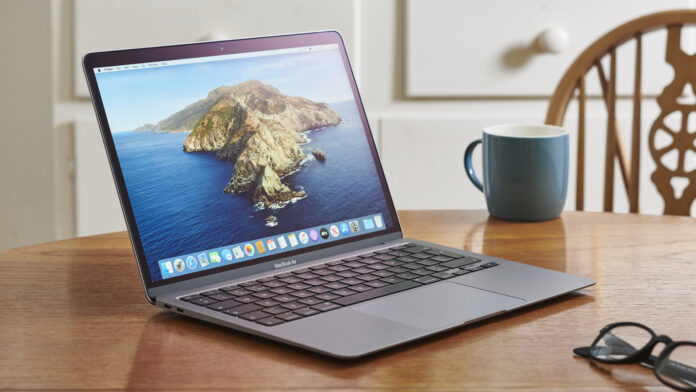 Professional photographers and video editors will no longer need to use unsightly dongles to import media to their notebook for editing.

Apple has reportedly decided to revive the SD memory card slot on its MacBook Pro line of notebooks later this year.

According to Bloomberg’s recent report, Apple’s leadership has been actively looking to address criticism and demands from loyal Mac customers. Among the moves, the company has in mind: bringing back the SD card memory slot to this year’s MacBook Pro.

The upcoming MacBook Pro is an example of Apple’s renewed focus on Mac loyalists. The company plans to bring back an SD card slot for the next MacBook Pros so users can insert memory cards from digital cameras.

Considering this is Apple’s most powerful notebook catering to the most demanding users, reviving the SD card slot should appease professional photographers and video editors.

No matter what they say, we’re not living in a future where everything is USB-C. With the SD card slot revived, power users will no longer need to purchase expensive dongles to transfer photos and videos to their computer or supplement the available USB-C ports.

MagSafe Is Making a Comeback!

Apple removed the SD card slot from the MacBook Pro notebook line back in 2016. The feature fell victim to Apple’s relentless pursuit of ever thinner and lighter devices. The company has also phased out other legacy ports from the MacBook Pro, replacing them with USB-C ports. As of 2018, all Apple notebooks exclusively use USB-C ports.

Going all-in with USB-C has cost the MacBook Pro another popular feature: the magnetic charge connector, dubbed MagSafe. That feature is also reportedly making a comeback beginning with an update to the MacBook Air, Apple’s most popular consumer notebook. As for the problematic shallow “butterfly”-mechanism keyboard, Apple swapped it two years ago for its more reliable scissor-switch variant with 1mm key travel.

Also See:  Here's Why Apple Won't Change the Design of the iPhone SE in 2022

The Polarizing Touch Bar Is Going

Bloomberg claims that Apple will soon remove the heavily criticized Touch Bar feature from the MacBook Pro. The Touch Bar is a horizontal OLED touchscreen that replaces the function key row with various shortcuts that dynamically change from one app to another. The feature was plagued with low discoverability and usability issues since its 2016 debut.

Other changes coming to the MacBook Pro this year reportedly include an overhauled appearance with more squared-off edges resembling the company’s iPad Pro tablets. The updated notebook should offer the choice between 14-inch and 16-inch screen sizes.

Also See:  Future Siri Could Recognize How Far Away Your Voice Is

And lastly, these new machines should switch away from Intel’s processors to an improved version of Apple’s in-house laptop chip, the M1. Apple recently announced its first three Macs powered by the M1 chip: the 13.3-inch MacBook Pro, MacBook Air, and Mac mini.

Other planned updates for the Mac lineup reboot reportedly include a redesigned all-in-one iMac desktop, updates to the current Mac Pro workstation, and a new half-size Mac Pro. Apple has pledged to outfit all of its computers with its silicon in the next two years.

Apple’s possibility for a foldable phone has been pushed back in...

How To Use The New iPhone Control Center For iOS 11