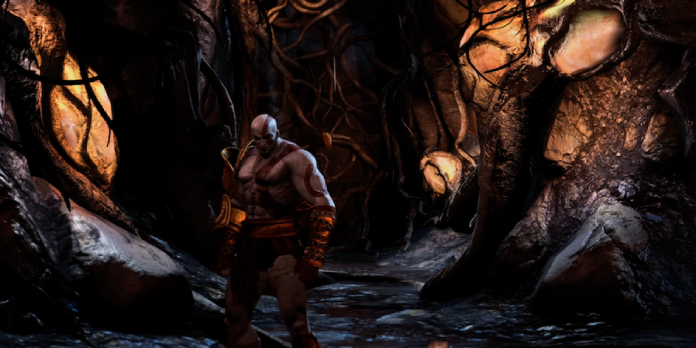 On the PlayStation 3, God of War 3 had stunning visuals, but a graphics mod elevates the legendary action game to even greater heights.

God of War 3 has received a divine graphics update that adds ray tracing technology and 8K resolution to the PlayStation 3 classic. Kratos decimates the Greek world and its gods in the third major instalment of the legendary action saga, released in 2010, on an unstoppable quest for revenge. While a PlayStation 4 remaster of God of War 3 was published in 2015, the already beautiful game still has space for improvement.

God of War 3 is a terrible climax to the series’ original Greek story, bringing Kratos’ bloody quest to a close. The Ghost of Sparta leads an army of Titans against Mount Olympus and its many deities after being appointed as the God of War and then betrayed by his father, Zeus. The gory war in God Of War 3 runs from the depths of the Underworld to Olympus’ highest peak, with a series of iconic boss battles allowing players to brutalize Hercules, Zeus, Hades, and others. The Poseidon boss encounter in God of War 3, which sets the player against a truly massive aquatic horse monster, is possibly the most famous opening stage in the whole game.

According to Wccftech, a stunning update for God of War 3 brings the game’s legendary mayhem to breathtaking new heights.

The update, which YouTuber AD Massicuro created, adds ray tracing technology to improve the game’s lighting and reflections. The mod also achieves an 8K resolution, enhancing an already stunning game. Unfortunately, this God of War 3 visuals mod is only playable on PC using the RPCS3 emulator, and it is based on the original game rather than the 2015 remaster. However, the game’s presentation improves significantly due to the mod, with the jaw-dropping fight between Kratos and Poseidon becoming even more awe-inspiring.

While God of War 3 is not yet available on PC, the game’s 2018 sequel will be accessible on Steam soon. The beloved title introduced a fresh Norse setting and a focus on emotional storytelling over massive action set pieces, marking a significant turning point for the franchise. In addition, God of War PC gameplay footage was released, giving gamers a fresh look at the forthcoming rerelease while displaying significant graphics and frame rate improvements. The PC version of God of War will feature Nvidia Reflex and DLSS support and better shadows and reflections.

God of War has continuously impressed fans with its aesthetics and gameplay advances since the franchise’s inception on the PlayStation 2. The graphics in God of War 3 were incredible for a PlayStation 3 game, and the PS4 remaster just added to that. However, God of War 3 may become much more mythical if it were launched on PC, as proved by AD Massicuro.