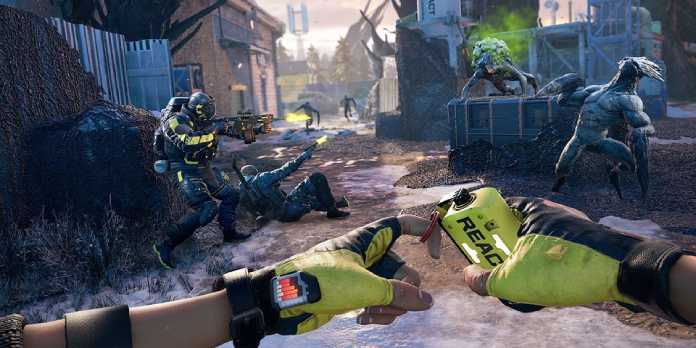 Ubisoft, the creators of Rainbow Six Extraction, has announced some of the game’s post-launch features, which will be free.

Ubisoft, the creators of Rainbow Six Extraction, just disclosed the game’s post-launch plan, which includes a variety of challenge modes. The future game was first revealed in 2019 as Rainbow Six Quarantine, but after the COVID-19 pandemic, the name was altered due to the connotations the former name may now evoke. Rainbow Six Extraction was initially set to debut in September 2021, but it was postponed barely a month later.

Despite the later release schedule, the production of Rainbow Six Extraction looks to be proceeding more quickly than before, as Ubisoft has shown out more of the new game’s content. In a gameplay overview video released in August, the company revealed the game’s maps, operators, adversaries, weapons, gadgets, and mission types. In addition, the Rainbow Six Extraction storey trailer was released in September, giving fans a clearer glimpse at the game’s sci-fi environment.

According to a recent press statement from Ubisoft, Rainbow Six Extraction will have a substantial quantity of free post-launch content as part of its endgame, which will comprise various periodically changing activities and events. The first of these enhancements is Maelstrom Protocol, a weekly challenge mode. Players will traverse through a map comprised of nine subzones, each of which will become increasingly difficult as they continue. Players will then have the option of extracting and banking the points they’ve earned thus far or attempting to go further into the map. Participants are assigned to one of five classes in Maelstrom Protocol: Bronze, Silver, Gold, Platinum, or Diamond, depending on how many points they achieve. Players will also be rewarded with customised headgear and REACT Credits based on their rank.

Aside from Maelstrom Protocol, Rainbow Six Extraction players can participate in Crisis Events and Assignments when the game launches. The latter are weekly modes with unique gameplay mods that make things more difficult for the participants. Crisis Events are time-limited themed events that may explain the game’s narrative more or introduce new operators or adversaries. Players will be rewarded with exclusive items and cosmetics during these events. When the game starts, players will participate in weekly Maelstrom Protocol challenges and Assignments, and the first Crisis Event, called Spillover, will follow shortly after. During the event, players will be tasked with eliminating evolved forms of the Sprawl while also battling hordes of Rainbow Six Extraction’s symbiote-like Archaeans.

Rainbow Six Extraction will be officially released on January 20, 2022, with full cross-play, cross-save, and cross-progression on all platforms available, including Xbox Series X/S, Xbox One, PlayStation 5, PlayStation 4, Stadia, and PC, according to Ubisoft.

Fans of God of War Ragnarök Conceive of Kratos and Atreus...