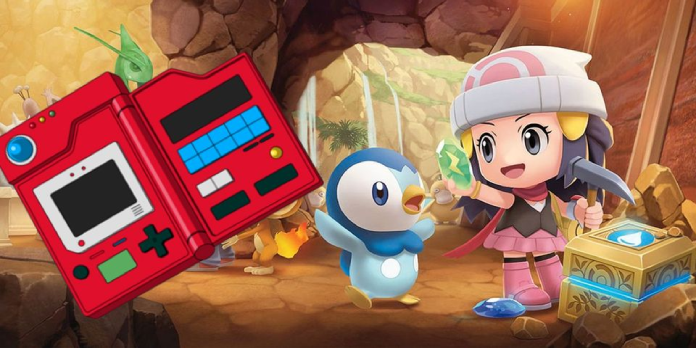 Players of Pokémon Brilliant Diamond and Shining Pearl have discovered a way to unlock the National Pokédex with just one badge. That’s a lot earlier than most players can get the so-called “National Dex,” which usually comes much later in the game.

A National Dex, unlike a conventional Pokédex, which only records Pokémon native to the region in which the game is set, records all known Pokémon. Players in the original Pokémon Diamond and Pearl could not obtain the National Dex until they had encountered all 150 Pokémon in Sinnoh. The remakes, Pokémon Brilliant Diamond & Shining Pearl, continued the journey. Not only does this endeavour need a significant amount of time in-game, as many Pokémon cannot be encountered until the player has unlocked all parts of the map, but it also necessitates a significant amount of effort. Although players are not required to catch every Pokémon, it will be tough because some Pokémon are only found in specific regions or under particular situations. Those conditions, however, appear to be circumvented.

Also See:  PlayerUnknown might be the James Halliday we’ve been waiting for

According to a Twitter thread started by Sibuna Switch and Austin John Plays, a bug allows players to acquire the National Dex after getting the first badge (via Dexerto). The sole criterion for getting the National Dex, according to Sibuna Switch, is to have seen all Sinnoh Pokémon, not necessarily to have battled them. On the other hand, Austin John Plays points out that, thanks to the future integration with Pokémon Home, seeing all 150 Pokémon will be a breeze. Players would exchange Pokémon and deposit them into one other’s storage boxes, allowing them to complete the National Dex requirements quickly. Surprisingly, Sibuna Switch also mentions that obtaining the National Dex will open up additional locations and enable players to catch more Pokémon.

Hilariously, you can legitimately get the National Dex and the Poké Radar with 1 badge.

The only requirements are to get to Eterna City and to have all Pokémon viewed in the Sinnoh Dex!

Ty to @QStheSLAYER for bringing this up and @mattyoukhana_ for looking into the script. pic.twitter.com/SxZ7RFv0Ga

Yeah, it's gonna be suuuuper easy to drop all 150 into your Boxes and immediately get access to everything.

You still can't access the Battle Zone or Ramanas Park doing this (those check for SYS_FLAG_GAME_CLEAR), but still pretty funny.

These exploits and methods are prevalent among speedrunners, who are always looking for ways to get around the game’s intended progression. Unfortunately, Pokémon Brilliant Diamond & Shining Pearl was riddled with bugs after its release. While several of these flaws were addressed in a recent version by developer ILCA, it is evident that there are still some workarounds available.

Also See:  How to Use a Batch File to Make PowerShell Scripts Easier to Run

This exploit is a fascinating, unintentional interaction for gamers wishing to speed up their gameplay of Brilliant Diamond & Shining Pearl or for some assistance in hunting down shinies. It’s unclear whether ILCA will address this flaw in the future or whether players will be able to continue exchanging Pokémon to obtain their National Dex.