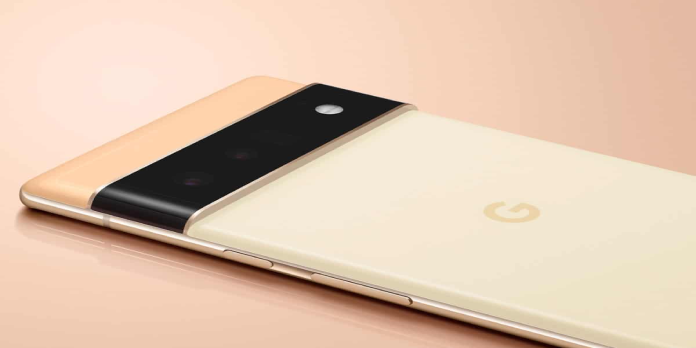 Following the release of the original Pixel in 2016, the Pixel 6 Pro could be Google’s most exciting phone yet. This applies to all parts of the phone, from the hardware to the software and even the device’s overall design. As with all large-scale transformations, there may have been certain expenses associated with it, some of which were not readily apparent. It has now been revealed by a deconstruction of the Pixel 6 Pro what those components are, and it is a mixed bag that may leave third-party repair professionals scratching their heads in bemusement.

This year, there has been a significant modification to the Pixel 6 Pro‘s exterior, but this isn’t the only update. After all, the exterior design necessitates certain interior modifications as well. In consequence, this would impact the ease with which phones may be repaired, particularly when done by advanced DIY users or third-party retailers.

Also See:  How to Create a Shutdown Icon in Windows 10

Hugh Jeffreys undertook that teardown with a goal in mind other than simply determining whether or not the Pixel 6 Pro could be repaired. It’s becoming increasingly common for Apple to push serialization, or the pairing of hardware components with individual phone units, to the forefront of the industry. Briefly put, if you swap out a different component, such as a display or a camera, those pieces face the danger of not functioning properly in a different phone, even if all of the pieces came from the same original phone.

To do so, however, the YouTuber first had to disassemble two Pixel 6 Pro smartphones, which was a time-consuming and exhausting task in and of itself. While the display was less difficult to remove due to its weak adhesive and smaller clips, the battery proved to be more difficult to remove. The unusual pull tabs, at least in the eyes of Jeffreys, were a waste of time because they just provided false hope and were ultimately rendered practically useless.

Upon reassembling the two phones with the swapped logic boards, everything appeared to function normally, except one feature, which was not functional. However, while the display did function with a different board, the in-screen fingerprint scanner did not. This is expected, as it is a security mechanism intended to prevent a phone’s security from being compromised by just changing the screen.

In contrast to other manufacturers, Google provides a tool for users to calibrate their displays in conjunction with the new logic board, something that no other manufacturer does. The tool would normally only be offered to authorized service providers, similar to what Apple does, but Google is making it available to everyone who wants it for no charge. It’s unclear whether this is limited to only the original Pixel 6 Pro displays, but it’s a step in the right way nonetheless.

Unfortunately, the entire repair process for the Pixel 6 Pro is far from ideal. The lack of modular parts on the logic board makes simply changing the USB-C port a costly exercise due to the lack of modular components. In giving that display calibration tool, Google ought to be commended for going above and beyond what others do, especially regarding the iPhone 13‘s repairability issue. However, as Jeffreys pointed out, it should probably be considered the rule rather than an exceptional exception.

Google to be sued by states over alleged Play store abuse

How to: Fix Among Us Game Bugs Easily