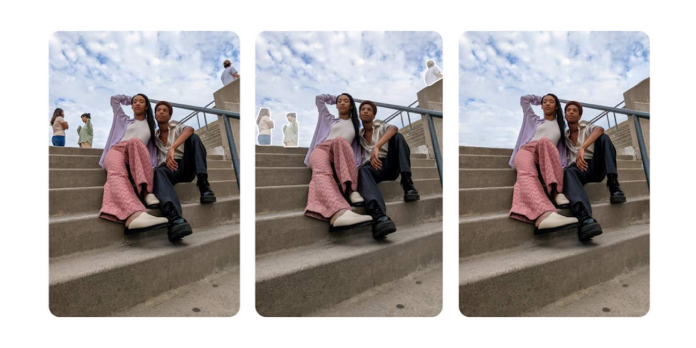 Google touted the seemingly magical ability to eliminate “distracting objects” from images a few years ago, whether they were a fence or innocent bystanders. While certain photo editing tools, such as Photoshop, were capable, it was far from automatic or handy for ordinary people. That moment has finally arrived after more than four years, and Pixel 6 owners can now take images with confidence even when there are people or things in the backdrop.

Almost everyone who has used a smartphone or a digital camera to take a photo has encountered the photobombing phenomenon at some point. Power lines and animals can sometimes come in the way of a wonderful image, so it doesn’t have to be people. We can’t always move these items or wait for them to walk out of the frame, but with a Pixel 6, you can now magically erase them after the fact.

It’s as simple as opening the photo in Google Photos and letting the software advise which things should be removed from the background. You might also use the Magic Eraser tool to circle or brush over certain things you want to remove from the photo. It only takes a few touches and doesn’t necessitate any photo editing expertise.

The secret sauce, of course, is Google’s favourite machine learning, which predicts what pixels would have looked like if those impediments hadn’t existed. It then tries to fill in the gaps and remove distracting items and people to create what should have been the ideal situation. This seemingly magical capacity necessitates a significant amount of machine learning and artificial intelligence processing, which is why Google had to wait for its Tensor processor to become a reality before bringing it to its Pixel phones.

That’s why, effective October 28, Google Photos’ Magic Eraser will only be available on the Pixel 6 and Pixel 6 Pro. The good news is that it will work with any photo you give it, even old ones taken with non-Pixel phones.

How to Enable Dark Mode in Microsoft Office