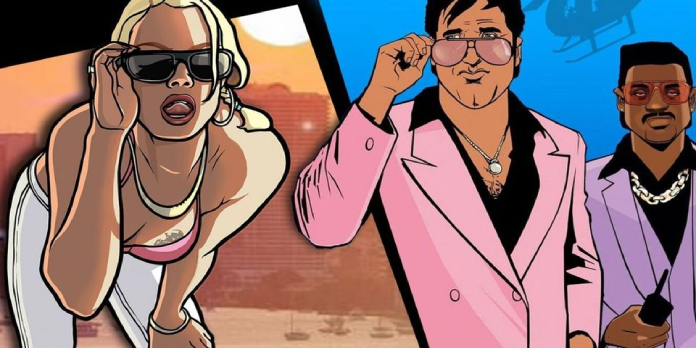 Players who bought the GTA trilogy remaster on P.C. can get a free bonus game or virtual cash from Rockstar Games’ catalog.

Rockstar Games is giving away a complimentary P.C. game or virtual Currency on the Rockstar Games Launcher after the disastrous launch of Grand Theft Auto: The Trilogy – The Definitive Edition. Rockstar acknowledged the controversy surrounding the Definitive Edition’s release and subsequent removal from its platform, promising future updates to address the collection’s ongoing technical issues and improve its performance. The classic versions of the GTA trilogy have also returned to the Rockstar Launcher, and P.C. users who purchased the Definitive Edition through the launcher will receive them for free until June 30, 2022.

Last month, the long-awaited GTA trilogy remaster was released on consoles and P.C., a month after its initial rousing announcement in October. The remastered collection gives modern gamers access to Rockstar’s universally regarded PS2-era classics, enhanced and improved. Unfortunately, fans have continued to criticize the GTA trilogy due to a slew of game-breaking bugs and performance concerns, exacerbated by the Rockstar Games Launcher crashing immediately after the remastered trilogy’s release. The P.C. version of the Definitive Edition was then removed, enraging many players who immediately demanded refunds for the GTA collection.

As part of its Holiday Sale Bonus Offer, Rockstar Games gives a bonus P.C. game from their roster or virtual cash to P.C. users who purchased Grand Theft Auto: The Trilogy – The Definitive Edition. Players who buy the P.C. edition of the remastered collection from now until January 5, 2022, can get Grand Theft Auto V: Premium Edition, Grand Theft Auto IV: Complete Edition, Max Payne 3, L.A. Noire, or Bully: Scholarship Edition for free, in addition to the classic versions of the GTA trilogy. Virtual Currency is also included, and users can pick between a Great White Shark Cash Card for Grand Theft Auto Online or 55 Gold Bars for Red Dead Online. The Holiday Bonus Offer is free, but it may only be used once per Social Club account and cannot be gifted, sold, transferred, or returned.

According to some users, the GTA Trilogy’s free classic editions are unplayable because the P.C. ports haven’t been updated since their first releases in the 2000s. Mods are also incompatible due to software limits, and the game cannot be enhanced. Thus fans are hoping that the obsolete ports will be corrected in the future. Though Rockstar is committed to fixing the remastered collection’s flaws and other faults, this offer may tempt some fans to play other games instead of the GTA trilogy while the studio works on an update.

Many fans were surprised by Rockstar’s free holiday freebie after being upset with the Definitive Edition’s launch and subsequent removal from the Rockstar Launcher. Though the creators have a long way to go before fully reviving the game, this gesture could boost Rockstar’s sagging reputation until a cure for the GTA trilogy is available.