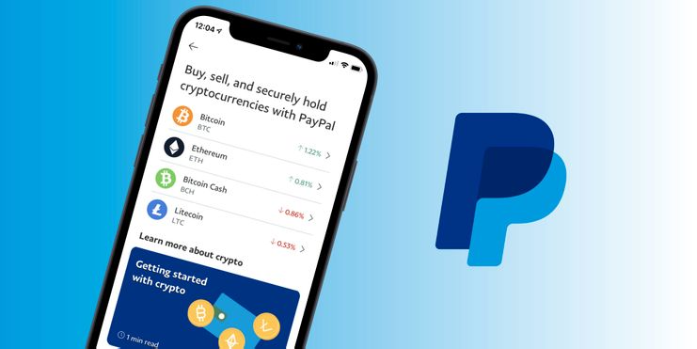 PayPal, an American finance corporation, is rumored to be working on its cryptocurrency. The ‘PayPal Coin,’ as it is known, will be tethered to the US dollar.

PayPal, an American finance corporation, is considering launching its cryptocurrency in the future. Paypal first began offering cryptocurrency trading to its American customers in 2020, allowing them to buy and sell Bitcoin, Litecoin, Ethereum, and Bitcoin Cash, before extending its crypto activities last year. The company’s most recent goal is even more ambitious, as it intends to launch its digital coin shortly.

Also See:  Which is Better DHgate or AliExpress

Cryptocurrencies have gained acceptability in mainstream society in recent years, both within and beyond the United States. The first Bitcoin ETF began trading on the New York Stock Exchange late last year (NYSE). AMC Theaters, America’s largest movie theater chain, revealed plans to take Bitcoin and other cryptocurrencies for online payments just a few weeks later. On the other hand, El Salvador proclaimed Bitcoin legal tender earlier this year, which was one of the most significant victories for cryptocurrencies.

Paypal’s Senior Vice President of Crypto and Digital Currencies, Jose Fernandez da Ponte, revealed the corporation is “exploring a stablecoin” in a statement to Bloomberg News this week. He also stated that the corporation would engage with regulators to ensure its intentions are carried out. For the uninitiated, stablecoins are digital tokens whose values are tied to fiat currencies like the dollar or the euro. This offers people a sense of stability in the face of price volatility, hence the moniker.

A ‘PayPal Coin’ was mentioned in the PayPal app.

According to Bloomberg, developer Steve Moser discovered the first signs concerning PayPal’s in-house cryptocurrency intentions. He noticed a concealed reference to a ‘PayPal Coin.’ Moser then contacted the publisher to inform them of his findings. According to the code and photos discovered by Moser, PayPal’s token will be a so-called stablecoin backed by the US dollar. However, it’s worth mentioning that Paypal’s planned stablecoin is still in the works, so the name and other details may change before it’s ready for prime time.

Also See:  PayPal may be gearing up to take on Robinhood in a major way

While da Ponte did not explain why PayPal intends to establish its digital token despite the abundance of existing cryptocurrencies to Bloomberg, a previous statement on the Unchained podcast provides insight into PayPal executives’ thought process. He claims that none of the existing stablecoins are “purpose-built for payments,” necessitating PayPal’s consideration of establishing its in-house solution. Furthermore, he claims that a cryptocurrency must allow large-scale payments and have a sufficient level of security for PayPal to use it. Finally, he added that the corporation would like more regulatory clarification on cryptocurrencies in the future.

NVIDIA Has Just Made a Terrific Move to Boost Its Gaming...