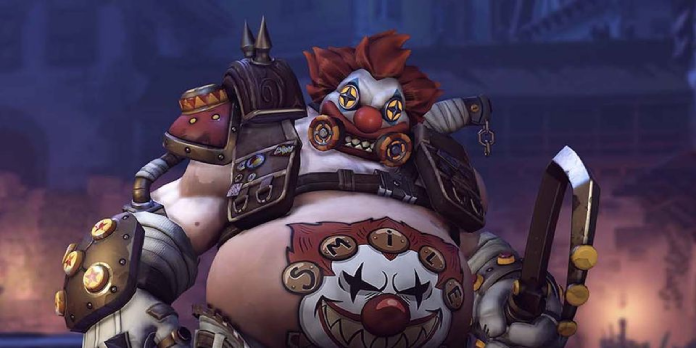 Overwatch’s Halloween Terror 2021 event will feature unique seasonal skins, including a scary clown outfit for Roadhog. The team-based multiplayer shooter from Blizzard Entertainment was released in 2016, although it has since received more content, such as seasonal events and new characters. Since the game’s release, Overwatch has conducted a Halloween Terror event every year, allowing players to obtain new and classic creepy skins.

Halloween is a great time experimenting with makeup, and Overwatch frequently uses highly detailed skins for its characters. Each year, the heroes are given new costumes to wear, with highlights including Winston dressed as a werewolf, Wrecking Ball dressed as a giant jack-o’-lantern, and Junkrat dressed as mad scientist Dr. Junkenstein.” Dr. Junkenstein’s Revenge,” a unique PvE game mode in which four players team up to face waves of computer-controlled undead, returns every year as part of the Halloween Terror event. Overwatch’s Halloween Terror 2020 event brought terrifying skins such as Sigma’s Flying Dutchman suit and Genji and Hanzo’s demonic visage.

Overwatch will be launching a slew of new themed cosmetics for various heroes for Halloween Terror 2021. Players can win Halloween Terror Loot Boxes, including particular eerie goods, and complete weekly tasks to earn special rewards from October 12 to November 2. The first week’s challenges will grant Zarya access to a vividly painted Skeleton Genji, while the second week’s challenges will grant her access to fabled Einherjar armor. The third week’s skin, possibly the terrifying addition to the event, transforms Roadhog into a substantial demonic clown akin to Pennywise from IT. Coffin Bastion, Draugr Reinhardt, and Vampire Bat Echo are some of the other skins available.

Even though Overwatch was released five years ago, Blizzard Entertainment continues to maintain the game by hosting annual seasonal events. Skins are always unique and detailed in the team-based shooter, and they contribute a lot to each character’s flair and personality. While Overwatch support is likely to wane once Overwatch 2 launches, the hero shooter is still going strong as fans band together to fight the undead hordes in Junkenstein’s Revenge.

Overwatch is available on PS4, Xbox One, Nintendo Switch and PC.

How to: Fix World of Warcraft Add-ons Reset After Update