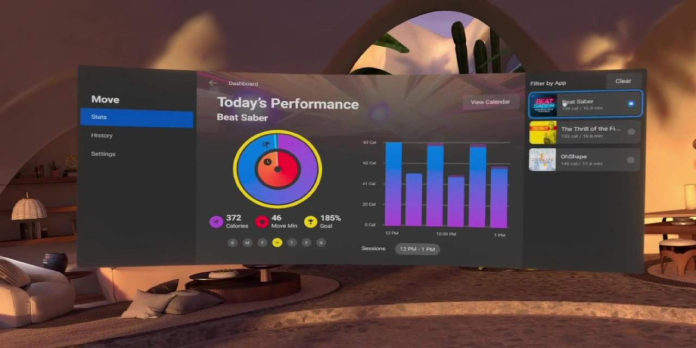 In the last few years, Apple’s mobile ecosystem was anchored by two key pillars. Apple has been lauding its privacy efforts, but it also designed its iPhones, Apple Watches, and Apple Watches to store and record health-related data, including activity tracking and biometrics monitoring. However, not all activities can be tracked using phones or wearables. For example, Facebook is looking at sync activity data from Oculus headsets with Apple Health to understand an individual’s fitness goals better.

Oculus Move, which was launched last year, is more of a fitness platform than a VR workout app. It tracks how many calories users burn while playing VR games. This simple system allows Oculus Quest users to keep track of their health and allow them to immerse themselves in virtual worlds.

These simple metrics can be used to help you understand how your life is going. For example, it could be used to track a user’s movement and activity goals. Facebook has also been examining this code, according to Bloomberg’s iPhone app for Oculus VR.

Both companies could gain from Oculus Move data integration. Facebook could use it to encourage Oculus VR headset users to use the system more, as their activity could be added towards their Apple Health goals and figures. Unfortunately, it is a data source Apple doesn’t yet have access to.

Apple is rumored, however, to be developing its mixed reality headset, which could launch early next year. It might have to rely upon third-party sources like Facebook’s Oculus Quest system. Facebook may not be willing to help its foes.