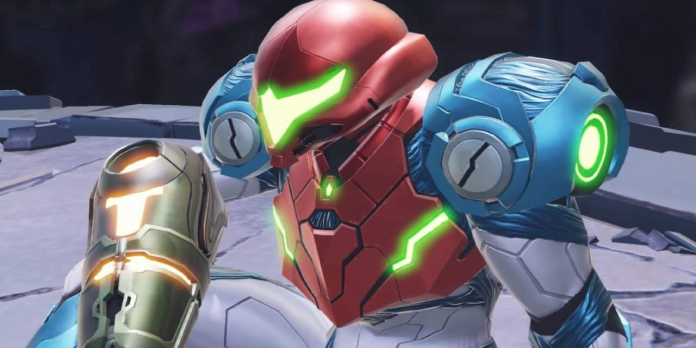 One of the essential surprises of Nintendo’s E3 was undoubtedly Metroid Dread. Fans are waiting an extended time for a replacement mainline Metroid game, and with Metroid Prime 4 nowhere in view for the nonce, Metroid Dread features a big void to fill. Nintendo today released a replacement trailer for Metroid Dread, and it’s equally as creepy and cryptic because of the trailers we’ve already seen.

Today’s trailer opens with an outline of the X Parasite, a dangerous body that has been featured in previous Metroid games, most notably Metroid Fusion. While the X Parasite was thought to be extinct, the trailer explains that the Galactic Federation received intel suggesting otherwise and, in response, sent seven EMMI robots to research rumors of the X Parasites re-emergence. Unfortunately, those EMMI have now disappeared, and it seems it’s up to Samus to work out what happened to them.

The EMMI were those creepy robots we saw within the original announcement trailer for Metroid Dread, so it seems the X Parasite has appropriated them. One curiosity of note is that the YouTube description for this trailer, which asks, “In the last half of this video, why is Samus wearing a special suit than the one she started with?”

The question suggests that perhaps everything isn’t what it seems regarding Samus. Is it possible that the Samus we see at the start of the trailer is SA-X, the first antagonist of Metroid Fusion? Unfortunately, the trailer doesn’t answer the question posed in its description, but it’s worth remembering that we caught a brief glimpse of SA-X within the previous teaser trailer for the sport.

We’ll just need to wait until more is revealed about Metroid Dread, but thankfully, that wait won’t be very long. Within the description for this trailer, Nintendo says that a replacement gameplay trailer will drop on August 27th, so we’ll see what that one has got to reveal about Metroid Dread. Stay tuned for more.

Franklin Is Roasted Again By Lamar In A New GTA Online...