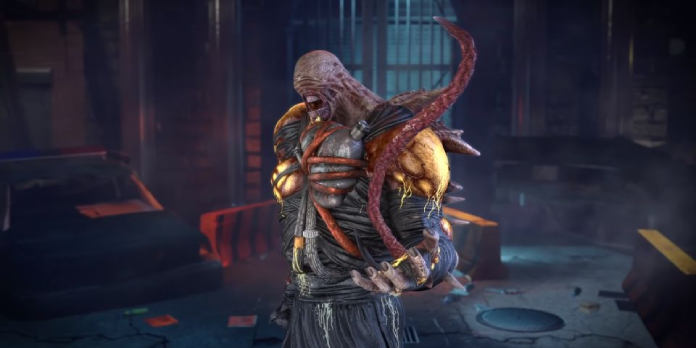 In honor of Resident Evil’s 25th anniversary, Dead by Daylight collaborated with Capcom to bring new skins, survivors, and a new killer to the game.

Jill Valentine and Leon S. Kennedy were introduced as playable survivors in Chapter 20 of Dead by Daylight. Although it transforms Jill and Leon into the Redfield siblings, Claire and Chris Redfield are legendary skins for the two survivors. Nemesis is a playable Killer that can use tentacle whip, boobytrap generators, and infect survivors with the Contaminated debuff. With the addition of the Raccoon City Police Station, the game gained a new map.

Also See:  how to find your microsoft product key

Behavior Interactive debuted new skins for Nemesis, Jill Valentine, and Leon S. Kennedy in a new teaser on Dead By Daylight’s YouTube page. The Nemesis Blight skin is the sole original skin in the DLC pack out of the ones presented. Nemesis Blight transforms Nemesis into a pulsing, seeping orange growth-covered behemoth, making him even more dangerous than he already is. The Impervious Agent skin belongs to Jill Valentine from Resident Evil 3, and the Persistent Investigator skin belongs to Leon S. Kennedy from Resident Evil 4.

In addition to these skins, the trailer promotes a new Resident Evil Collection bundle, which allows gamers to purchase everything depicted in the film. Previously, users could only buy Jill and Leon’s legendary skins separately. Capcom provided Behaviour Interactive with the model assets from the recent Resident Evil 2 and Resident Evil 3 remakes to create all of these outfits, according to the Dead by Daylight website.

The materials from Capcom are notable for Leon’s Resident Evil 4 attire, which does not show in either of the remakes. Because the costume exists, the rumored Resident Evil 4 remake may be already in development. Another possibility is that Behaviour reconstructed the outfit from scratch, which is a possibility given Dead by Daylight’s recent replication of Pinhead from the iconic horror film Hellraiser.

Behaviour Interactive doesn’t appear to be stopping adding new content to Dead by Daylight anytime soon. Some of the most legendary horror icons have appeared in previous collaborations to scare the survivors. With the release of the new Chucky reboot, it’s only a matter of time before the Entity decides it’s time for Child’s Play.

Dead by Daylight is available for the PlayStation 4, PlayStation 5, Xbox One, Xbox One S, Nintendo Switch, PC, and mobile devices.