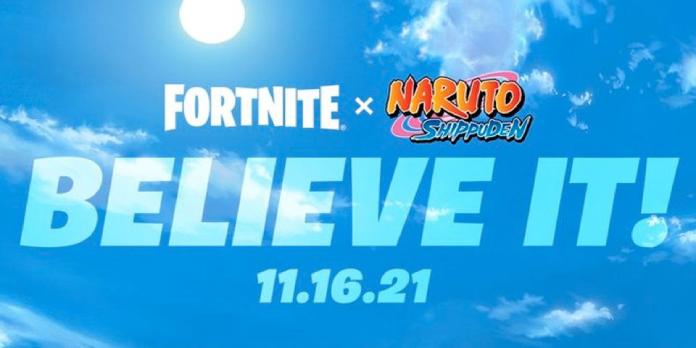 Fortnite has announced that the next major crossover event will occur next week, with the battle royale teaming up with Naruto: Shippuden.

Fortnite, the enormously popular battle royale game, has revealed another major content crossover, this time aimed squarely at anime enthusiasts. According to a cryptic post from Fortnite, the battle royale will feature characters from Naruto: Shippuden, a popular anime series. The trailer follows a series of leaks indicating that Naruto content might be coming to Fortnite very soon.

Of all, enormously ambitious crossover events are nothing new for Fortnite. Epic Games has previously worked with major brands such as Marvel, DC, the NFL, several streams, and, most recently, the blockbuster MOBA game League of Legends. The crossover, which is scheduled to coincide with the Netflix drama Arcane based on League of Legends, sees Jinx from both League and Arcane join the fight in Fortnite as a player skin. Many players have speculated about what the next major Fortnite crossover event may be since Jinx, a marksman with a taste for destruction has fit seamlessly into the colorful, funny battlegrounds of Fortnite. Epic Games has now revealed more details on what players may expect to see.

Fortnite teased a Naruto: Shippuden crossover in a tweet. Other than the November 16 release date, there was no other information provided. Still, based on previous crossover events, cosmetic items like skins, pickaxes, back bling, emotes, and more are expected to be introduced to Fortnite. Naruto: Shippuden, the successor to the successful Naruto anime, lasted almost 10 years and 500 episodes until finishing in 2017. Popular Naruto characters such as Naruto Uzumaki, Sasuke Uchiha, Sakura Haruno, and Kakashi Hatake are among the top prospects for inclusion as playable skins in Fortnite.

The announcement’s timing, though, seems suspect, as Fortnite crossovers are frequently scheduled to coincide with a major release or announcement. For example, the newest Carnage skin released to Fortnite coincided with the release of Venom: Let There Be Carnage, much as it did with League of Legends and Arcane. This has also been the case with previous work linked to Dune, Shang-Chi, and other franchises, so Naruto fans may be hoping that this partnership will lead to an announcement about the franchise’s future. However, it is only speculation at this moment since this may be an instance of Fortnite cashing in on a cherished franchise’s fanbase.

For the time being, fans of Naruto may look forward to seeing their favorite series join the ranks of many other well-known franchises in the Fortnite realm. It’s unclear whether gamers will be able to see Naruto Uzumaki win a gun duel against Baba Yaga in Fortnite, but the possibility is enticing to consider.