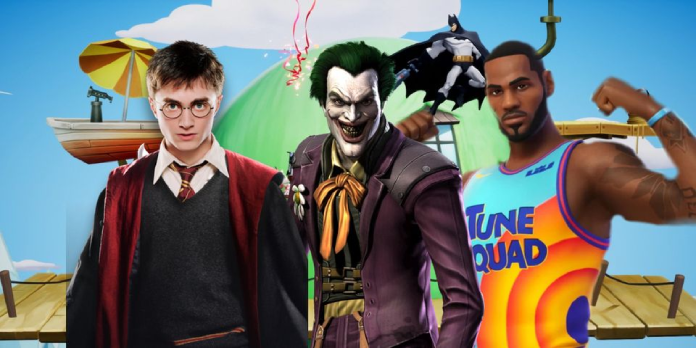 Fans have already begun to imagine the entire MultiVersus lineup, with one vision depicting characters such as the Joker, Willy Wonka, Robocop, Godzilla, and others.

A fan-made list for MultiVersus imagines figures like Harry Potter, Godzilla, Willy Wonka, and others in the crossover game’s cast. Popular Warner Bros. brands such as DC Comics, Game of Thrones, and Scooby-Doo are featured in the next platform fighting game. Multiverse was just confirmed in an official reveal trailer, revealing a fraction of the game’s odd cast of characters.

MultiVersus appears to be greatly influenced by other crossover fighting games like Super Smash Bros. and Nickelodeon All-Star Brawl. Basic and special strikes are utilised to damage foes, and falling off the stage results in a knock-out. MultiVersus promises to put a distinctive touch on the popular genre, thanks to its wide cast of characters from various series. The game will be available for free, with more characters and stages added after its first release. Teamwork is emphasised as well, with the game’s primary 2v2 mode allowing players to take advantage of plays that benefit their partner. While the roster will certainly grow, MultiVersus has already confirmed playable characters such as Batman, Bugs Bunny, Jake and Finn from Adventure Time, and Scooby Doo’s formidable fighter Shaggy.

Some of WB’s most beloved characters are included in a hypothetical full roster for MultiVersus produced by Reddit user Eclipse 58008. Characters like Rick Sanchez from Rick and Morty and Gandalf from The Lord of the Rings were previously leaked but not included in the game’s announcement video. Eclipse 58008 then includes several popular Warner Bros. characters. However, none of the choices appears to be particularly implausible. In the custom character pick screen, The Joker, Harry Potter, Godzilla, Robocop, Daffy Duck, and Neo appear. However, Willy Wonka and Dio from JoJo’s Bizarre Adventure and LeBron James’ cartoon identity from Space Jam: A New Legacy may appear to be unexpected choices.

MultiVersus, like previous crossover combat games, aims to authentically adapt each of its diverse characters into a single gaming experience. Many of the characters’ original or most popular voice actors, such as Kevin Conroy for Batman and Matthew Lilliard for Shaggy, are used to reach this level of accuracy. MultiVersus also provides different costumes for each character that pays homage to their fictitious past. Black Lantern Superman, opera singer Bugs Bunny, animation series Batman, and Sherlock Holmes skins for Tom and Jerry are alternate appearances.

MultiVersus is the newest entry in the crossover fighting game mania, and it already has an incredible cast of fictional characters. Fans will undoubtedly be interested to see what more characters appear in the platform fighting game. With every featured character being under the Warner Bros. banner, Eclipse 58008’s concept roster manages to be quite realistic. While warriors like the Joker, Harry Potter, and Godzilla may be plausible, others like LeBron James and Willy Wonka may be a bit more far-fetched.