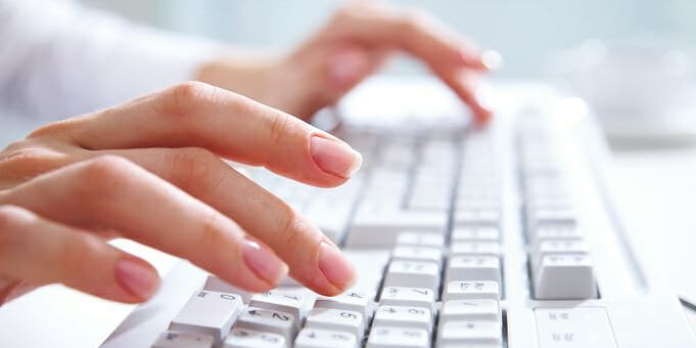 Although the user interface of Windows has evolved over time, the Minimize, Maximize, and Close buttons remain constant.

They rank among the most crucial components of any Windows user interface. However, what if these buttons vanish?

Although the Windows interface is straightforward, occasionally, specific problems can arise. User complaints about interface flaws included the following issues:

In any case, there is a solution to restore the visibility of these icons.

What can I do if Minimize/Maximize/Close buttons are missing?

The disappearance of the Minimize, Maximize, and Close buttons are likely the result of a dwm.exe (Desktop Window Manager) error; restarting this process should fix the issue.

But first, let’s talk a little bit about Desktop Window Manager itself before we provide you with specifics on the solution.

For instance, this operation controls the transparency of your Start Menu and, in earlier versions of Windows, the Aero environment.

Additionally, it controls other User Interface components, like the buttons we’re missing.

The removal of the Minimize, Maximize, and Close buttons are just one of the aesthetic difficulties that could result from a problem with executing this process.

The Minimize, Maximize, and Close buttons should appear normal once you restart the service causing the issue, which you now know.

2. Roll back to the older drivers

The Roll Back Driver option might not always be accessible, so keep that in mind. You might want to try deleting your driver and using the default driver if this option isn’t accessible.

You may also try updating your graphics card driver and see if that helps if the default drivers don’t work.

3. Make sure that you’re using a standard Windows theme

Custom themes are a popular way for users to personalize Windows, but not all themes are fully compatible with Windows 10.

As a result, Windows’ Minimize, Maximize, and Close buttons can vanish.

It’s advised to return to the default Windows 10 theme in order to resolve this bothersome issue, which could potentially interfere with your job.

When you do that, Windows 10 will return to its default theme, which should fix the issue.

There are lots of fantastic third-party programs that can alter the appearance of Windows 10. You can modify Windows 10’s appearance and add a variety of functions by using these apps.

However, a few third-party programs may bring up specific issues. If the Minimize, Maximize, and Close buttons are absent, a third-party application can be the cause of the issue.

Remove any software that enables you to alter the appearance and functionality of your user interface in order to resolve the problem.

Use uninstaller software to ensure the issue application is entirely deleted, as we advise.

These kinds of programs are excellent since they will delete the specified program along with all related files and registry information.

5. Make sure that you’re not using the Tablet Mode

Windows 10 has a specific Tablet Mode that imitates the appearance of a tablet interface because it is optimized for touchscreen devices.

The buttons to minimize, maximize, and close Universal apps are not accessible in tablet mode.

You must disable Tablet Mode if these buttons are absent. The problem should then be fixed, and the buttons should reappear.

Many users complained that specific applications lack the minimize, maximize, and close buttons. The settings of the application are frequently to blame for this.

You may alter the user interface of many programs, and occasionally you might unintentionally hide the title bar or these buttons.

Make careful to launch the afflicted application and reset its user interface settings if this issue only affects particular programs. After doing that, the issue ought to be entirely solved.

There is software included with your graphics card that lets you customize several functions.

Users claim that this problem appeared because their graphics card was set up in Catalyst Control Center to operate in High-Performance mode.

To resolve the problem, you must switch your Catalyst Control Center mode from High Performance to Standard Performance. Once you’ve done that, the problem ought to be entirely solved.

The Dual Graphics option may potentially be a problem. If you choose this option, your computer will be forced to use both integrated and dedicated graphics simultaneously.

As a result, some problems, such as missing buttons, may arise.

8. Change your Project mode to Extended

You might be able to switch between multiple distinct Project modes if you’re utilizing a dual monitor configuration.

You might be able to fix the problem by just switching to the Extended Project mode if the typical buttons are missing.

You might want to try this solution since several users said it worked for them.

9. Make sure that Windows is up to date

Users claim that if the Minimize, Maximize, and Close buttons are absent, the issue may be caused by a bug in Windows 10. Checking for updates and maintaining your PC updated to resolve the problem is advisable.

By default, Windows 10 will download any updates that aren’t already installed, but occasionally you might overlook a crucial update.

However, as previously mentioned, you may always manually check for updates. Windows is now going to look for updates.

Updates will automatically download in the background if any are available.

After using one of our methods, the Minimize, Maximize, and Close buttons should appear.

1. Where are my minimize and maximize buttons gone?

To launch Task Manager, press Ctrl + Shift + Esc. Locate Desktop Windows Manager in Task Manager, then select End Task from the context menu by right-clicking on it. The buttons should now reappear as the procedure is restarted.

2. How do I reactivate Illustrator’s minimize button?

Toha Biju. Simply pressing the F button will switch you back to the Standard Screen Mode. Because Photoshop and Illustrator both provide a variety of screen modes. To return to your previous location, press F once more.

3. How can I make the pop-up window able to be minimized and expanded?

By selecting the relevant icon in a pane’s upper right corner, a user can also shrink or maximize a pane. The AllowMinimize or AllowMaximize property of the Settings object of the pane can be used to enable or prohibit the user’s ability to toggle between minimizing and maximizing a single pane.

How come the ‘close, minimize/maximize’ buttons disappear with the latest update? from firefox

5. Disappeared Close, Minimize and maximize buttons on some …

Disappeared Close, Minimize and maximize buttons on some windows from pop_os