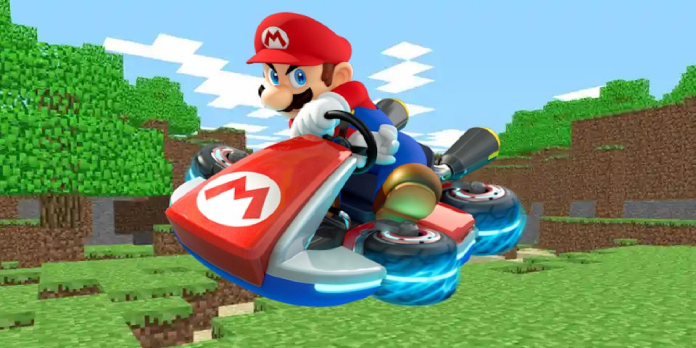 As a survival sandbox game, Minecraft provides players with a vast range of tools and resources to create their unique creations. These resources must be sought and collected throughout the game’s huge randomly generated environments in the game’s default Survival mode. On the other hand, Creative mode provides players access to the complete Minecraft block library, which includes everything from different coloured woods to electronic Redstone blocks that strategically placed red dust wires can power. Since Minecraft’s initial release in 2009, gamers have used these resources to create many creative creations. One skilled user, for example, recreated the iconic Ghostbusters Ecto-1 car in Minecraft, bringing the legendary cinematic vehicle to life in the sandbox game.

Alphawolf GX, a Reddit member and Minecraft engineer, has demonstrated a large ice boat race circuit that allows them to drift around turns like Mario Kart. The creator can be seen tearing through bends and nailing massive leaps while riding about on a wooden boat in a fast-paced video set to Ken Blast’s “The Top.” Once the rider completes the circuit, a clever water-powered elevator loops them back up to the top, providing a limitless amount of high-speed fun.

While Minecraft itself provides various tools for artists to use, video editing can help fans of the game express themselves even more creatively. For example, a Minecraft Parody of Monty Python features a bunch of hapless explorers who come face to face with the game’s iconic killer rabbit. Rabbits appear as innocent mobs in the survival sandbox game, whom players can attract with a carrot. However, console commands can generate a monstrous version of the charming creature. The video spoof draws parallels between this creature and Monty Python and the Holy Grail’s killer bunny.

Alphawolf GX’s iceboat circuit makes Minecraft an amazing first-person Mario Kart game by utilizing wooden boats and plenty of ice. The builder of the track appears to be an excellent boat driver and an architect, as they can coast around the build’s small track without fail. The iceboat circuit distinguishes Minecraft’s many innovative constructions as a thrilling high-speed Mario Kart experience.