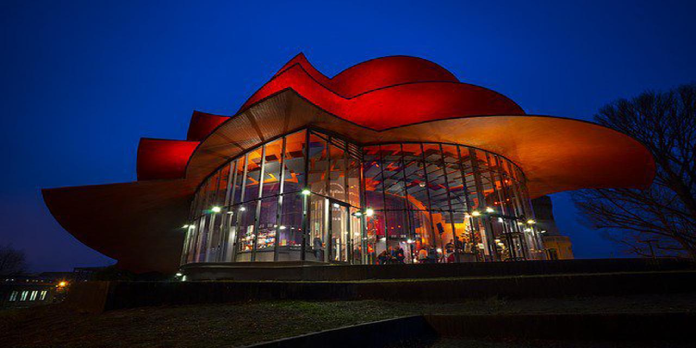 Microsoft and SES teamed up with GovSat, UK-based solutions provider GRC to show how Microsoft Azure Machine Learning and Artificial Intelligence can be delivered directly to end-users worldwide in a highly secure and reliable manner while maintaining network sovereignty. This allows users to access key Azure workloads regardless of their location, greatly increasing the efficiency of critical missions.

These demonstrations showed how the Azure Stack MiniR device was connected to a fast deployable tactical satellite Satcom terminal (GRC) via the secure SATCOM connection of the GovSat-1 satellite. It was then sent to Azure UK via SES Cloud Direct, which gives connected and unconnected access to Azure services.

It was demonstrated for the first time in a variety of situations. This technology can be used for remote disaster relief operations, gathering information at any given classification to analyze it, and then using the available SATCOM to update and categorize the situational awareness picture. If necessary, the Azure DevOps process can be used to update the AI and ML models.

Tom Keane (Corporate Vice President, Azure Global), Microsoft, stated that “SES’s high-performance satellite network enables a demonstration of secure cloud computing on the edge.” Along with its technology partners, Microsoft is providing mission-driven customers with the most up-to-date services safely and reliably, regardless of infrastructure. This allows mission operators and mission owners to be empowered in connected and unconnected environments. It also gives governments complete control and flexibility over their data.

“Governments want to accelerate cloud adoption and bring its benefits to end-users everywhere. JP Hemingway, CEO of SES Networks, said that we are proud of our partnership with Microsoft and GovSat. This has allowed us to demonstrate the security, performance, and flexibility of the network for government customers.” “Similarly, secure, high-performance cloud communications services are possible on our MEO satellites. But, again, this is independent of the internet.

Governments have multiple options for leveraging single-hop secure cloud communication between their headquarters and the deployed teams. However, this communication is not available to the public and cannot be accessed from ground stations or internet touchpoints. Steve Slater, GRC’s Managing Director, stated that the GRC’s solution and the Microsoft Azure cloud service and SES’s secure, resilient satellite-networked connectivity make cloud-enabled government communications possible today.

This demo is extremely scalable due to Azure Edge capability and a wide range of SES satellite communications capabilities, including the next-generation O3b MPOWER system, which can provide connectivity of multiple Gbps for land, air, and maritime government missions.

One-hop connectivity was demonstrated in the first demonstration. This allows cloud workloads to run at edge and connect to hyper-scale Azure seamlessly via the Azure Stack Edge Mini R.

The demonstration was made possible by using multiple satellite terminals, including GRC’s 6-SAT solution, GovSat’s dedicated Military Ka-band beam onboard its satellite, and GovSat’s secure Mission Operations Centre in Luxembourg.

GRC’s satellite ground station (SGS) was used for the second demonstration. It demonstrated in-theatre connectivity and backhaul data from home to in-theatre headquarters.

The SES Cloud Direct service was provided via a dedicated Microsoft ExpressRoute connection from end-users to Azure datacenters. This enabled cloud agility and performance via a dedicated MilSatCom GEO capability.

SES also can bring low-latency data to the cloud using its O3b satellite network, which is high-throughput and low-latency, and its O3b mPOWER next-generation system. Both systems operate in medium earth orbit (MEO).

How to: Draw on Photos and Videos in Windows 10

Want to Back Up Windows Server? Here’s How to Do It