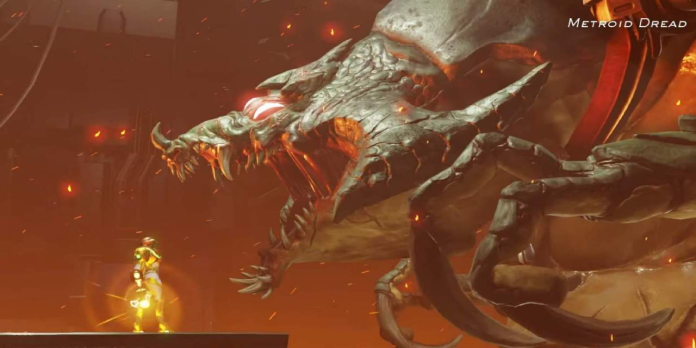 In the last Metroid Dread trailer, which received the top of August, we finally need to see some new gameplay footage. Specifically, we need to see many of the skills Samus will have at her disposal, but today Nintendo is taking things one step further during a lengthy new overview trailer. Not only are we seeing more gameplay footage today, but that footage is amid a helpful-yet-creepy voiceover that explains the skills we’ll use and, therefore, the enemies we’ll encounter.

Since this is often a summary trailer, we’re getting a pleasant, extended check out the game. The overview trailer clocks in at almost 5 minutes long, and it covers tons of ground therein time. The trailer introduces us to Samus Aran and divulges the situation we’ll be exploring within the game: Planet ZDR, which before the events of Metroid Dread was an unexplored planet.

It isn’t long before the overview trailer shifts focus into the skills Samus will use during exploration and combat. Basic movement and combat abilities include Samus’s arm cannon, missiles, jump, a replacement slide mechanic, and a melee counter that seems particularly brutal. Like all Metroid games, Samus will unlock new abilities which will help her explore Planet ZDR more thoroughly. We learned about a number of these abilities with the previous trailer, and they’re on display again today.

Then the overview shifts focus another time to hide the enemies Samus will encounter throughout Metroid Dread. The overview focuses on the corrupted EMMI robots, who appear to be impervious to wreck and are constantly hunting Samus. If an EMMI discovers Samus, it seems the sole option is to use your abilities to run away and escape to safety, as attempting to fight one among these corrupted robots means certain death.

After this overview trailer certainly seems safe to explain Metroid Dread as a bonafide Metroid game with some survival horror elements. Metroid Dread is out on October 8th, 2021, as a Nintendo Switch exclusive.