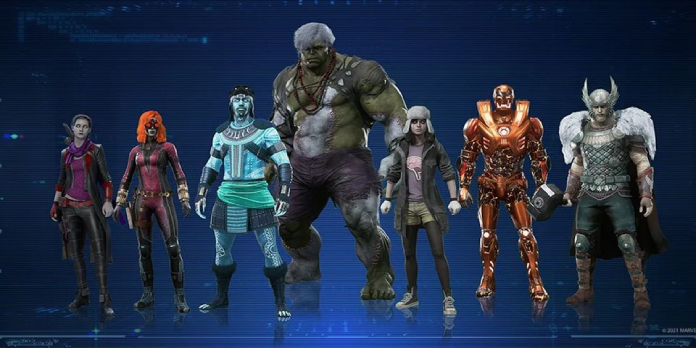 In addition to Captain America’s new werewolf skin, Marvel’s Avengers has released a Halloween-themed skin pack for the rest of the World’s Mightiest Heroes.

Marvel’s Avengers was published in September 2020, and since then, the game’s upgrades have been delivered via a live-service approach. As a result, the game receives free new material regularly, such as new playable characters, objectives, settings, and boss fights. Three narrative storylines, such as the latest War for Wakanda expansion, are among them. Meanwhile, an in-game Marketplace offers a growing selection of cosmetic accessories for each hero, including skins, emotes, and nameplates. Recently, the Marvel Cinematic Universe influenced a considerable portion of the new skins released to the game, with designs inspired by flicks like Black Widow and Avengers: Endgame. Additionally, in honor of Halloween, Crystal Dynamics has announced a werewolf skin for Captain America based on a famous Marvel comic storyline from 1922.

In addition to the horrifying Capwolf skin, Marvel’s Avengers has introduced a new Supernatural Avengers Outfit Set just in time for Halloween. Earth’s Mightiest Heroes are transformed into a terrifying monsters by the seven various skins, including some exciting designs. Kate Bishop is turned into a dangerous vampire, while Iron Man is converted into a scary jack-o-lantern. Ms. Marvel transforms into a zombie, complete with a brain motif on her t-shirt, while Black Panther transforms into a brightly illuminated ghost. The transformation of Hulk into Frankenstein’s monster, with an amalgamation of different body parts sewed together, is maybe the most distinctive of all. Unfortunately, Hawkeye is excluded from the spooky festivities, though the archer may acquire his outfit before Halloween.

While Marvel’s Avengers is still embroiled in controversy, the game will continue to receive upgrades in the future. The game’s abundance of Halloween-themed cosmetic items is startling, but a more central piece of content will be available soon as well. Klaw Raid: Discordant Sound, a planned raid, is said to be the most challenging piece of content in the game thus far. The mission will take players into Wakanda’s vibranium mines, where they will have to defeat formidable adversaries and work together to solve intricate new riddles. The adventure will conclude with a boss battle against Black Panther’s archenemy Klaw, who first debuted in-game in the game’s most recent update, War for Wakanda.

While Captain America’s werewolf skin was undoubtedly a welcome festive surprise, the Supernatural Avengers Outfit Set adds even more themed cosmetics for gamers to purchase. These designs are also unique, providing the game’s roster of superheroes fresh new aesthetics rather than simply recoloring previous skins. While the Halloween skins are unlikely to distract Marvel’s Avengers gamers from the game’s recent scandal, they could indicate that Crystal Dynamics is investing in the game’s future.