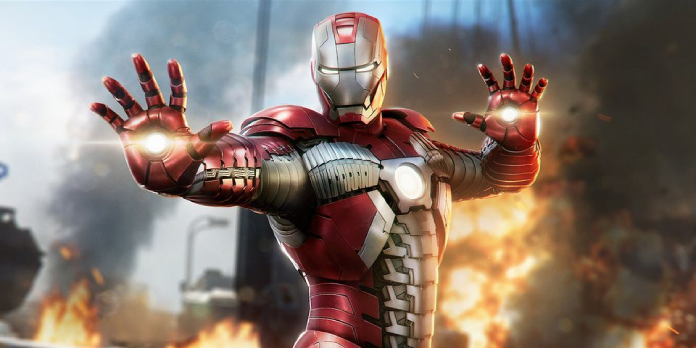 Iron Man’s Suitcase Armor from Iron Man 2 is the newest Marvel’s Avengers MCU skin. Although Crystal Dynamics’ cooperative superhero adventure struggled to find a following after its first release, some have lauded the game for its increasing collection of incredibly detailed Marvel Cinematic Universe skins. The rugged Captain America Avengers: Infinity War skin, which saw the First Avenger transform into the rogue hero Nomad, was recently added to Marvel’s Avengers.

In 2020, Marvel’s Avengers was released without any MCU-inspired cosmetics, with the release and numerous post-launch skins based only on earlier comic book appearances or Crystal Dynamics’ original designs. Crystal Dynamics ultimately provided the game’s first MCU skins in March 2021, after MCU skins were one of the most desired additions (apart from endgame content). Marvel’s Avengers receives free content regularly, such as new playable heroes or boss fights, gradually increasing the number of things to do. Unfortunately, most of the game’s numerous cosmetic goods are not unlocked through gameplay, and users must instead purchase them with real-world money. The fact that the MCU skins in Marvel’s Avengers are locked behind microtransactions is a disappointment for people who want to use the popular live-action designs of the Avengers but don’t want to spend extra for a full-price game.

The next MCU skin has been announced as Iron Man 2’s Suitcase Armor, according to Marvel’s Avengers on Twitter. The iconic red-and-silver armour comes from a sequence where adversary Ivan Vanko catches Tony Stark off guard. Stark settles for a portable (but less durable) version of the armour that unfolds from a tiny bag when his main suit is unavailable. Other Iron Man MCU designs previously added to Marvel’s Avengers, such as the traditional Mark III and Avengers: Endgame’s sophisticated Mark LXXXV will join this Mark V suit. On October 28, the mobile Suitcase Armor will be available in Marvel’s Avengers Marketplace.

Let's take it outside. 💼

Get it in the Marketplace on October 28. pic.twitter.com/M6X9nzFKrf

While paid cosmetics are unavoidable in the live-action game, Marvel’s Avengers just started selling consumables, causing criticism. Crystal Dynamics claimed that all gameplay-related content would be available for free to all players before the game’s release. As a result, the game’s marketplace was designed to offer solely cosmetic products that had no bearing on gameplay. Earlier in October, though, Marvel‘s Avengers included paid consumable boosters that grant more resources and experience. The broken promise enraged a substantial portion of the game’s active population, who branded the move as cheap and pay-to-win.

Despite the recent controversy, Crystal Dynamics’ artists are certainly competent at recreating legendary MCU designs precisely and detailedly. The Iron Man 2 Suitcase Armor appears to have been faithfully recreated in the game, with subtle elements evoking the armour’s brief but memorable appearance in the film. While gorgeous cosmetic things won’t help Marvel’s Avengers in the long run, players will soon be able to admire the newest addition.

Marvel’s Avengers is playable on the PlayStation 5, PlayStation 4, Xbox One, Google Stadia, and PC.

EA Opens All of Its Accessibility Patents to Everyone