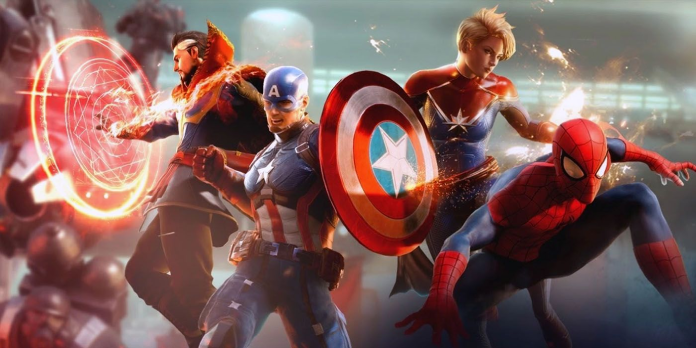 Dimensional Ink Studio and Jack Emmert, the creators of DC Universe Online and City Of Heroes, are working on a new Marvel MMO.

The surge of high-quality Marvel video games isn’t going anywhere anytime soon, with Marvel’s Midnight Suns, a tactical RPG developed by Firaxis Games, due out in 2022. The highly anticipated Marvel’s Spider-Man 2 from Insomniac will be released the following year and situated in the same timeline as the newly announced Marvel’s Wolverine from the same studio. Even Amy Hennig, the former creative director of Uncharted, is getting in on the comic book fun with Skydance New Media’s next Marvel game. Now, according to a new claim, a Marvel-themed Massive Multiplayer Online game is in the works, and it’s being developed by the same team that worked on DC Universe Online.

According to IGN, a new Marvel-themed MMO was featured in Enad Global 7’s Q3 2021 financial report earlier this month, with Dimensional Ink Studio and DC Universe Online’s Jack Emmert committed to building the project. Enad Global 7’s article didn’t include any other specifics. Still, the company’s description of the Marvel MMO as a “longer-term project” suggests that the game won’t be released until 2023.

Daybreak Games created DC Universe Online when it first launched in 2011, but the firm was split into three studios last year due to a corporate restructure. After then, Dimensional Ink Studio was in control of DC Universe Online, with CEO Jack Emmert and his team continuing to generate fresh material for the game to this day. Emmert co-founded Cryptic Studios, the original superhero MMO City Of Heroes, which ran from 2004 until 2012.

Also See:  How to Enable DNS Over HTTPS in Google Chrome

Interestingly enough, Jack Emmert previously worked on a Marvel-themed MMO under Cryptic Studios, but Microsoft shelved the project in 2008. According to rumors, Daybreak Studios was previously working on another Marvel MMO, but it was terminated in 2018, resulting in additional layoffs. With Marvel-themed video games growing more frequent and successful in recent years, the third time could be the charm for Jack Emmert and his colleagues at Dimensional Ink Studio, a decade after they helped bring Marvel’s illustrious rival to the realm of MMOs with DC Universe Online.