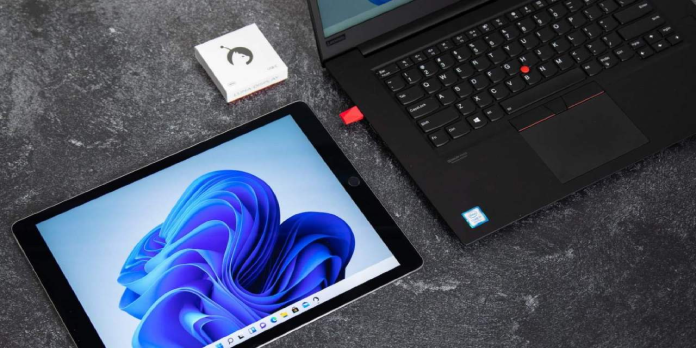 Astropad has released a significant update to its Luna Display product, including a key feature for customers who own a Windows PC and an iPad. Windows users can now use the iPad as a second screen for their computer with Luna Display 5.0; Mac users have enjoyed the same functionality for years.

Though a dedicated dual-monitor setup is arguably the best way to get work done during the day, tablets provide an alternative for when you’re working on your laptop outside of the office. It’s much easier to get work done while travelling if you can turn your tablet into a second display for your laptop.

Also See:  Power up all your devices with this sleek and compact charging station

Luna Display 5.0 now supports Windows PCs in addition to Mac computers, according to Astropad. The Windows option is available in two flavours: HDMI and USB-C, which should cover the majority of laptops. Because Luna Display does not work with adapters, you’ll need one of these ports to connect it to your laptop.

The system is simple to use, but it is expensive. The Luna dongle must be compatible with your PC; while the USB-C option works with both Mac and PCs, the HDMI dongle only works with PCs. The price of both models is $129.99.

To use Luna Display, the iPad must be running iOS 12.1 or later, and the PC must be running Windows 10 64-bit Build 1809 or later. If you already have Luna Display installed, make sure to update it to get the new Windows PC support and the other changes in version 5.0 for Mac users. According to the company, the software offers “faster setup flow” for M1 Macs, among other things.

How to: Fix Windows Needs More Disk Space to Print