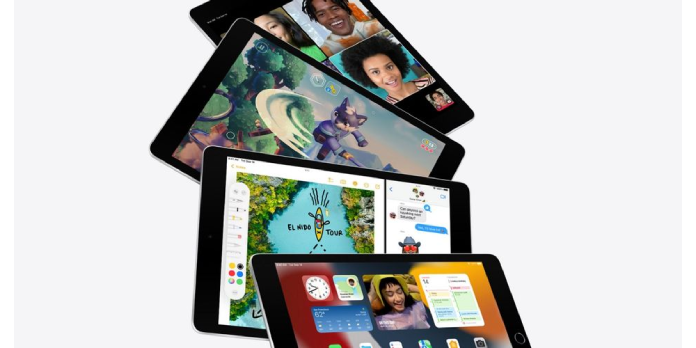 Apple’s plan for an iPad with an OLED display has been postponed until 2024, but LG is positioning itself as the display’s producer.

Apple was expected to collaborate with Samsung on an iPad with an organic light-emitting diode (OLED) display. Still, due to manufacturing difficulties, the company may instead collaborate with LG, trying to expand its production capacity. The upgrades have been rumoured for over two years but have been delayed due to various factors, including a shortage of microchips and financial constraints. Even though Apple released an iPad Pro with miniLED display technology last year, things haven’t gone well. There have been severe concerns about the new screens’ light-blooming issue, prompting calls for an OLED alternative for Apple’s largest touchscreen gadget.

Due to difficulties with Samsung‘s production methods, it was recently reported that OLED iPad displays would be delayed until at least 2024. Apple wanted panels with double-stack structures to boost peak brightness on new models. However, the existing Samsung procedures for producing OLED panels — such as the one used in the latest Apple Watch — would be prohibitively expensive. To improve its manufacturing procedures, the South Korean electronics business needed a large pre-order from Apple to invest in the new process.

According to a new rumour from Korea IT News, LG, not Samsung, could produce Apple’s next iPad display in 2024. After quitting the smartphone industry last year, LG is going all-in on display technology. Traditional LCDs were manufactured at LG’s plant in Paju, South Korea. However, in 2021, the firm switched to producing only OLED panels. LG is upgrading its production line ahead of the predicted tablet’s introduction after evaluating Apple’s volume from an OLED supplier for its iPad series.

LG’s Smartphone and Tablet Production Lines Have Been Upgraded

LG is updating its Paju facility’s P9 and P10 production lines, which produce small and medium-sized displays. These are primarily utilized on the screens of mobile phones and tablets. The investment, estimated to be worth tens of billions of dollars, will be phased in until completed in 2024. This corresponds to the rumoured production timetable, which is set for mid-to-late 2024. However, it’s worth noting that Apple’s displays would need to be manufactured for around a year before OLED iPads hit the market. Therefore, it’s unknown how much production capacity LG will have in 2023 when OLED iPad panels are slated to begin production.

Though upscale OLED technology on larger monitors, such as iPads, can be problematic, LG has experience with larger displays in its consumer TV business. Despite exiting the smartphone sector abruptly, the company remains a major supplier of smartphone displays. While Apple has always trusted Samsung with its high-end panels, there have been questions about quality control in the past. When you combine that with Samsung’s request that pre-orders be done before the company’s equipment is updated, LG could be on its way to being the next iPad display producer.

How to Uncheck Encrypt iPhone Backup