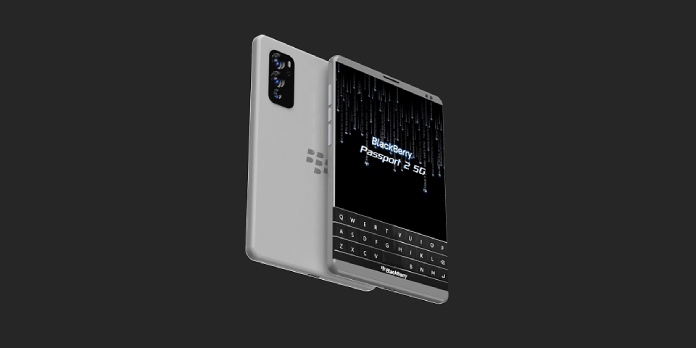 Onward Mobility has confirmed that their 5G BlackBerry smartphone will be released shortly. Because BlackBerry’s past licensing partners, including China’s TCL, India’s Optiemus Infracom, and Indonesia’s BB Merah Putih, have all discontinued their agreements with the brand, there hasn’t been a new BlackBerry smartphone in almost four years.

TCL and BlackBerry inked a deal in 2016 to produce BlackBerry-branded smartphones. It released a few phones between then and 2018, including the all-touch BlackBerry Motion and the physical keyboard-toting BlackBerry Keyone, BlackBerry KEY2, and the BlackBerry KEY2 LE, the final before the agreement was formally dissolved in 2020. In addition, Optiemus Infracom built and sold the BlackBerry Evolve and Evolve X in India.

Later in 2020, Onward Mobility, a new license partner, was announced, with plans to launch the first 5G BlackBerry smartphone in the first half of 2021. Unfortunately, it didn’t materialize, and there were rumors that the company had gone out of business. That isn’t the truth, as a formal statement issued just a few days ago proved the corporation is still alive. According to Onward Mobility, the previous year was a difficult one for the company, with numerous delays preventing the debut of the much-anticipated phone. The good news comes just a few days after BlackBerry announced the end of support for outdated smartphones.

A BlackBerry Android Phone With A Keyboard That Supports 5G

According to reports, the phone’s specifications are unknown, but it will support 5G and have a (physical) keyboard. Likewise, it will run Android and be manufactured in collaboration with Foxconn subsidiary FIH Mobile. Thankfully, Onward Mobility has stated that it will provide frequent updates beginning in January 2022, so certain elements such as the design and specifications should be available to the public before the smartphone is officially revealed. However, given the phone’s original release date of 2021, there’s a good chance the specifications and features will be outmoded by the time it’s presented. On the other hand, the delay could indicate that some components will be improved.

Onward Mobility is situated in the United States, and its BlackBerry smartphone is expected to debut in North America and Europe in 2020. Despite its issues last year, this is expected to remain unchanged. It also disclosed that the phone would be released in Asia, but only after being released in the previously mentioned locations. For the time being, the debut date remains a well-kept secret.