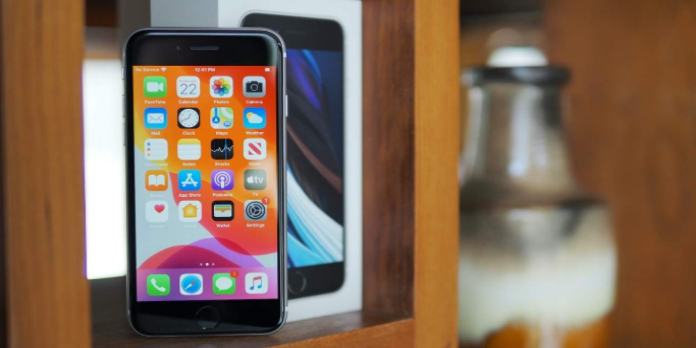 Some Apple fans and critics have complained that the company’s late-2021 mobile lineup lacks enough new features to wow the crowd. While the iPad mini 6 drew the most attention in terms of changes, some new owners found it more difficult than it was worth. When Apple unveils the third iPhone SE in Spring, it will be a dead ringer for the second iPhone SE; it appears that Apple will continue the incremental spirit of the iPhone 13 to 2022.

The iPhone SE has long carried Apple’s older design, as evidenced by the first iPhone SE in 2016, which had a size and aesthetic similar to the 2013 iPhone 5s. The 2020 iPhone SE, on the other hand, carried over the iPhone 6’s somewhat divisive design from 2014. With Apple’s design language nearly complete, the 2022 iPhone SE doesn’t appear to be changing gears just yet.

The iPhone SE 3 will have the same 4.7-inch Retina HD screen as the iPhone SE 2, according to the Japanese blog Mac Otakara. It will even have the same Touch ID button on the front, which has all but disappeared from Apple’s smartphones and tablets. The upcoming iPhone SE will look exactly like its predecessor on the outside and possibly even on the inside.

The use of the Apple A15 Bionic chip and the addition of 5G support, a first for an iPhone SE model, are said to be the most significant changes, according to the site’s sources. By next year, it will be Apple’s most affordable 5G phone, based on the product line’s usual pricing. This puts it on par with several mid-range 5G phones, particularly those from Samsung’s Galaxy A series.

The iPhone SE 3 is expected to be released sometime in Spring 2022, with production possibly beginning in December. Of course, there is a continuing chip supply shortage, which could push Apple’s release dates beyond March or April.