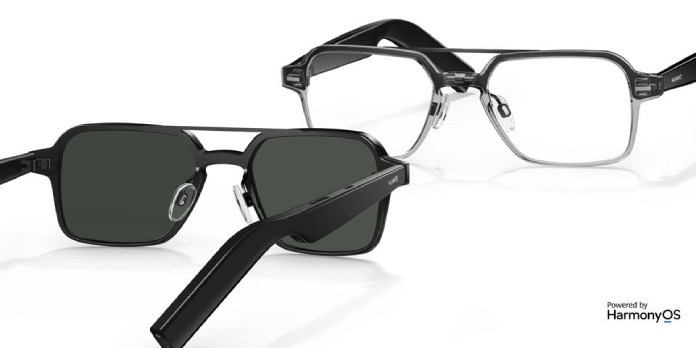 Huawei’s new smart glasses have a smart assistant and can easily switch styles simply by swapping out the frames.

Consumers should take a look at Huawei’s new smart eyewear. In 2021, the smart glasses trend is expected to pick significantly, with new models from both established and emerging companies. Each firm takes a different approach to smart glasses. While some, like Snapchat’s Spectacles series and Facebook’s Ray-Ban Stories, focus on the camera, others, like the Razer Anzu Smart Glasses and Soundcore Frames, focus on the audio.

Also See:  My iPhone Won’t Backup To iTunes On Mac! Here’s The Fix

Huawei’s new smart glasses aren’t the company’s first effort at the technology. It has previously collaborated on two pairs of glasses with the Korean company Gentle Monster. The new Huawei smart glasses, on the other hand, run a version of HarmonyOS, Huawei’s operating system that powers its phones, TVs, smartwatches, and speakers, so they’re a little different. It’s also worth noting that the smart glasses appear to be designed to only operate with Huawei’s products, which isn’t surprising. The design has also changed significantly, with owners now having the option of replacing the frames. Overall, Huawei offers six different designs, including an aviator-style pair of sunglasses. Furthermore, customers can have their prescription lenses placed into the frames.

Huawei’s smart glasses have a lot of functionality, but they act as a personal assistant in a nutshell. The smart glasses will remind the wearer of upcoming meetings, read messages, and provide weather updates and translations, among other things. The glasses can also be used to make and receive phone calls and send and receive voice messages. In addition, users can listen to their favorite songs/podcasts without additional headphones, thanks to the built-in dual speakers. The glasses also have gesture support, allowing you to employ swipes, pinches, and taps. Users can control playback and accept or reject calls using any or all of these gestures. Wear detection, which automatically pauses playing when the wearer takes them off, is another function to add to the list. When it comes to detection, a unique feature is posture detection, which prompts the wearer to sit up after detecting that the head has been leaned downwards for some time.

The Huawei smart glasses can connect to two devices simultaneously, and users with a Huawei phone, tablet, or computer can use quick pair assistance. In addition, the accompanying software may manage linked devices and see where the smart glasses were last seen. The smart glasses are powered by an 85mAh battery that can last up to 4.5 hours of speaking time and 6 hours of listening time. Furthermore, the USB-C charging cord is proprietary and supports fast charging. The spec sheet also specifies an IPX4 grade, which means they’re splash-resistant but not dust-resistant.