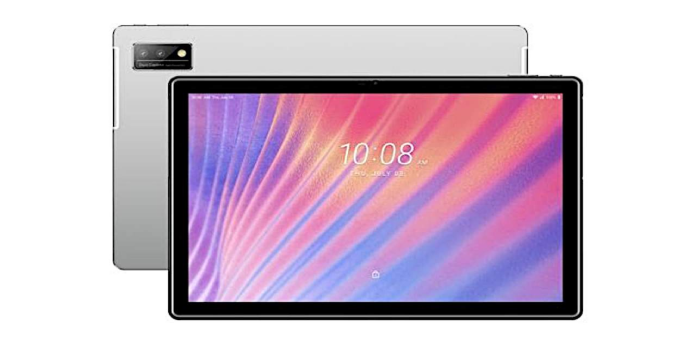 You can probably be forgiven if you’ve forgotten that HTC still makes Android-powered devices. We haven’t heard from the corporate for an extended while, a minimum of as far as smartphones are concerned. HTC has mostly specialized in ensuring its Vive VR ecosystem doesn’t suffer an equivalent fate as its mobile business, which may be difficult given the Oculus grip on the VR market. It seems the corporate may are silently performing on a tablet, which is already rare for HTC, with an unusual feature for a tablet, especially a mid-range one.

HTC already makes only a few smartphones lately, but its diary in tablets has been way worse. It hasn’t launched a replacement Android tablet in almost a decade unless you think about the very fact that it manufactured the 2014 Nexus 9. Given its status within the mobile industry, it’s surprising to listen to that it’s taking another stab at the tablet market.

The HTC A100 that @yabhishekhd shares on Twitter don’t sound like much as specs go. Its CPU is an octa-core Spreadtrum (Unisoc) T618 launched in 2019 with Arm CPU technology from 2017. there’ll be a minimum of 8GB of RAM and 128GB of storage that keeps up with the days and a 10.1-inch FHD+ display that’s typical for tablets on this tier.

However, the most interesting aspect of the tablet is that the dual-camera system, which is pretty rare as far as tablets go, especially for those below premium price ranges. The 13MP and 2MP sensors won’t sound like much either, but it’s still an exciting feature nonetheless. A 5MP front camera and enormous 7,000 mAh battery gather the specs.

The $200 tag makes it a stimulating option for those trying to find affordable big screens and presuming, of course, that HTC launches this A100 tablet. However, there’s no word yet on when this rare creature will debut, if at all.

The notch on the Galaxy Tab S8 Ultra may vindicate Apple’s...