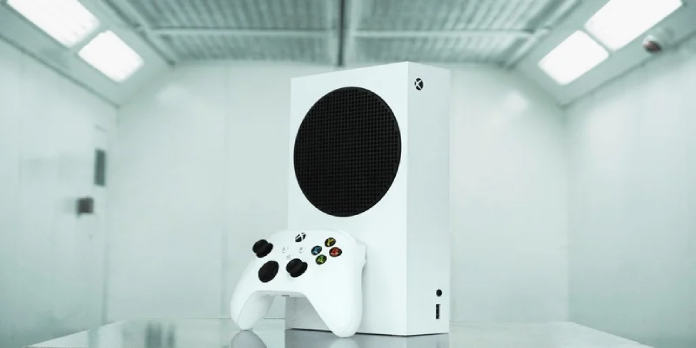 Here we can see, “How to stream Xbox to Twitch using OBS Studio”

If you want to stream to Twitch (or almost any other online broadcasting service), you’ll almost certainly be using OBS Studio. Many of today’s biggest streamers prefer the free, open-source, cross-platform application. Not because it’s free, but because it’s incredibly powerful, works with almost any piece of hardware, and has an extensive plugin library. So if you need to do something for your stream, OBS Studio will help you.

It’s the same if you’re primarily an Xbox gamer. You don’t need a monstrous PC or the world’s fastest internet connection to power your stream. To get started, you’ll need a capture card, an extra HDMI cable, and a few minutes.

If you’re using OBS Studio to stream your Xbox to Twitch, here’s how to get everything set up for the best quality broadcasts.

OBS, or Open Broadcaster Software, is a Mac and Windows-compatible free and open-source solution for offline video recording and live streaming. Thanks to its open canvas approach to video creation, this tool can mix various audio and video sources to a single output for creative video and broadcast applications. With this multifunctional application, recording is a breeze, as OBS can record directly to your hard drive in the record-only mode or in conjunction with a simultaneous live stream. In addition, with the built-in ability to stream to your custom RTMP servers, OBS allows live broadcasts to several popular streaming services, including Youtube, Facebook Live, Twitch, Twitter, and Mixer.

How to connect your Xbox to OBS Studio

Connect your Xbox to your PC and import the video into OBS Studio as the first step. You’ll need your capture card and two HDMI cables for this. If you’re using an external capture card, you’ll need the USB cable that came with it to connect it to your computer.

This is the first step in using your Xbox console’s output with OBS. The default settings should be 1080p resolution at 60 frames per second, depending on your capture card. However, this only applies to OBS Studio’s input. Therefore, you’ll need to make some adjustments to the settings to ensure a good-looking result.

The good news is that because of how the Xbox handles audio, you won’t have to do anything special to ensure that you and your stream can hear your games. On the PS5, it’s a little more awkward, but all you have to do in OBS is lower the capture card audio slider to make sure it’s not drowning you out on the stream. The audio is taken directly from the console’s HDMI output.

How to set up OBS Studio for streaming to Twitch

Twitch has a set of guidelines for a video that is broadcast on the platform. As a general rule, this is what you should aim for.

Of course, all of this is contingent on your computer’s hardware and internet connection. If you don’t have enough capacity to support 6,000 kbps, for example, you won’t be able to use it. So you’ll need to adjust that depending on your Connection.

Similarly, if you don’t have a CPU (or GPU) capable of encoding a 1080p60 stream, you’ll have to make compromises. It’s important to remember that your Twitch account won’t have transcoding if you’re just getting started, so you might want to go with 900p or 720p and a lower bitrate to ensure your viewers have a good time well.

But how do you get all of this information into OBS? It’s all done in the Output and Video tabs of the Settings menu.

Also See:  How to Withdraw Money From Payoneer in Just a Few Steps

Set the output resolution and frame rate you want to send to Twitch on the video tab.

These settings will define the video output, but the Output tab will determine the quality.

This is where you’ll configure the quality of the Twitch stream you’ll be sending. But, again, a lot of this will be determined by your PC’s specifications and an internet connection, and there will almost certainly be some trial and error involved.

This is where trial and error will come into play when it comes to bitrate. Your computer will determine part of this, and your internet connection will determine part. 6,000 shouldn’t be a problem if you have a fairly modern PC with at least a quad-core CPU or are encoding with an NVIDIA GPU. Setting up your stream and then doing a test recording locally with the Use stream encoder selected on the recording tab is the easiest way to check. You’ll be able to tell if your PC can handle it at that point.

Select x264 from the encoder dropdown box if you’re using CPU encoding. Select NVIDIA NVENC H.264 if you want to use your NVIDIA GPU. You can stream with an AMD GPU, but the quality will be inferior to that of an NVIDIA GPU. OBS Studio is compatible with NVIDIA’s latest NVENC encoder, built into the RTX graphics cards.

The rest of the options will be determined by your computer’s capabilities. However, if you’re using CPU encoding, you don’t need to set the speed to anything higher than a medium for Twitch streaming. You’re using a lot more system resources for no apparent benefit at that point, especially if you’re streaming Xbox games.

GPU encoding settings can also be changed based on your graphics card and what you think looks best. The quality settings are self-explanatory; you should only use Twitch to set your Max B-frames to 2.

Navigate to Connection after logging in and select your Xbox One. On the top, press the Stream button. Your console screen will be displayed in a new window… In your main OBS Sources area, add this window as a Screen capture or Window capture.

While you can stream and capture in-game footage directly on the Xbox One, the results will be subpar. This is because a capture card that acts as an interface between the console and your PC is required to stream or make videos with the raw footage.

Twitch Partners make money in the same way that affiliates and regular users do, but they also get a cut of the ad revenue generated by their page. In addition, endorsement deals and brand sponsorships are also likely for partners.

Also See:  How to Stream a PC Game on Twitch with OBS

How to Put Overlays on Xbox Twitch Stream? from Twitch