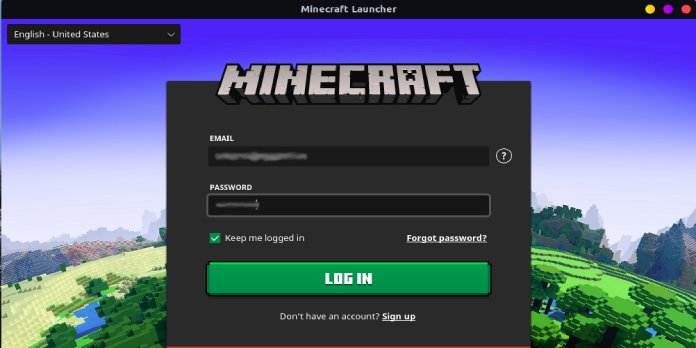 Here we can see, “How to: Fix Piglin, Parrot, Crossbow Errors in Minecraft”

According to comments from some Minecraft players, this time, we’re talking about a series of errors. The Piglin error code is the first in line, but it appears to be tied to Parrot and Crossbow issues as well. Here’s what one Redditor has to say about it.

Errors with the Piglin, Parrot, and Crossbow

The error code Piglin appears anytime players attempt to log in, as gamers have pointed out. If you’ve ever played Minecraft (disclaimer: I haven’t, so bear with me), you’ve probably heard of Piglins. They are neutral mobs found in the Nether, according to Fandom. Unless the player is wearing at least one item of golden armor, they attack on sight. Gold ingots can be used to trade for a variety of products.

At the very least, unlike Microsoft, Minecraft’s developers did not choose to employ horribly uninteresting error codes.

However, it appears that the individual who reported the problem is dissatisfied with the naming choice in this case. The Piglin error is similar to the Parrot and Crossbow errors. In addition, some people have received more unusual error codes, such as:

Now, let’s get back to the topic at hand. From our online study, we couldn’t find anything more beneficial than recommending that you do the following:

I know this is as ridiculous as it sounds, but based on what affected Minecraft players have said, it appears to be a temporary problem.

The servers can become congested at times. Of course, you can contact Minecraft support by using the following methods:

However, if you go to the profile page on the settings screen to sign back in, it appears that this will work. Try it; it seems to have benefited a lot of people.

2. Look for an Xbox-specific remedy

This error appears to be quite similar to the Xbox error number 0x80a40008, and since we wrote about this a while ago, we urge that you revisit this helpful tutorial.

The problem, however, does not affect only Xbox users but also Nintendo Switch users:

When I try to sign in to Minecraft for Nintendo Switch or aka Bedrock Edition, I keep getting this error code-named “Piglin,” and I have to click on it a lot for it to work, and then it asks me to sign in again using the aka.ms link. Using the most recent version 1.16.210. My issue is, how can I prevent the error code from recurring? It occurs every time I start the game.

The following guide, which comes from Xbox, is an excellent place to start. Unfortunately, there was no official help page when we originally looked; however it appears that Xbox developers were aware of the issue and made the instructions public.

It appears that the most affected users are those who are running an outdated version. So, whether you’re on Xbox or Nintendo Switch, make sure you’re running the most recent version available.

Furthermore, there is evidence that the Bedrock Edition is the most affected; as a result, you should aim to stay with just one device of your choosing, wherever possible.

4. Do not change networks

As we mentioned earlier, there appears to be a chain of issues, and any remedies for one should work for the rest. However, as it turns out, and as someone on Reddit has pointed out, you should attempt to avoid switching networks and stick to only one:

Yes, I received Error Code Piglin this morning (on my switch light), and I assume this occurs while switching networks. When I switched from my house wifi to my hotspot, it said error code piglin and kicked me off, at least for me. I restarted the game after closing it. To log into my account, I had to go back to https://aka.ms/remoteconnect. For me, it works perfectly. Try the Minecraft and/or Microsoft forums if that doesn’t work.

You can try switching back to your parent account if you’re playing Minecraft on an Amazon Fire HD Kids with Freetime/Kids+. After that, take the following steps:

There’s also a slew of different things you may attempt to fix these vexing errors:

Log out of your Microsoft account and clear your sign-in data in Minecraft. After that, quit Minecraft, reopen it, and log back in. Now go to the reconnect website and type in the code that was emailed to you.

Switching between devices should be avoided. We’re reiterating what we said before: if at all possible, play the game solely on your PC or console.

Make sure you’re logged in with the account that you used to redeem the code. For example, if you go into your Mojang Studios account, check sure the code is indicated as claimed under “Minecraft: Windows 10 Edition Beta.”

1. How can you cure the Piglin issue in Minecraft?

2. In Minecraft, how can you cure the crossbow error?

Crossbow: During sign-in, a client error occurred. Before trying again, consider restarting the game and/or leaving it inactive for a few minutes.

3. In Minecraft, what does the error code crossbow mean?

It could be a transient malfunction or an overburdened server that can’t handle any more gamers. You can also remove Account Sign-In Data from the Settings screen’s Profile page and try to log in from there.