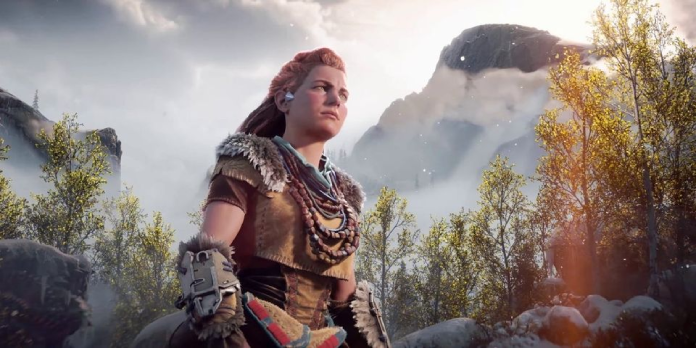 In a recent blog post, Guerrilla, the makers of the upcoming Horizon Forbidden West, go over several of the new skills and powers available in the game.

Guerrilla, the makers of the upcoming Horizon Forbidden West, went over several of the new skills and powers available in the game in a recent post. Horizon Forbidden West is a highly anticipated open-world role-playing game based around Aloy, a charismatic heroine on a quest to investigate and eliminate the machines that threaten her world. It is a sequel to the PlayStation’s exclusive 2017 blockbuster Horizon Zero Dawn.

Horizon Zero Dawn featured a wide universe with gorgeous and diverse locations, a riveting plot, dynamic combat, and a multitude of equipment and weaponry to pick from while travelling the landscape in the first Horizon Zero Dawn, which was also an open-world RPG. Guerrilla has been steadily releasing new bits of information like this one building up to Horizon Forbidden West’s expected to release in 2022, no doubt in the hopes of improving on many of these elements in the next sequel. Another important piece of information was the gameplay trailer released in June, which no doubt piqued the interest of many players who were eager to see what was in store.

Many of the new skills and abilities in Horizon Forbidden West are discussed in depth in a recent PlayStation article. Aloy can now free-climb on rugged terrain, use new machines as mounts, swim underwater, and glide through the air using the Shieldwing, among other new features. Players will modify their weapons and armour as they travel over the environment thanks to the Workbench feature, which is brand new to the game.

The article goes on to discuss how Horizon Forbidden West was built with next-generation technology in mind. The game made considerable use of technology such as the adjustable triggers on the PlayStation Dualsense controller. Horizon Forbidden West will also provide Aloy Valor Surge abilities, powerful capabilities unlocked by spending collected Valor earned in the fight throughout the game. All-new weapon varieties, fighting dynamics, and a newly revamped and upgraded skill tree are among the other elements teased.

Horizon Forbidden West seems to be a fun and engaging follow-up to its successful predecessor, with many of the PlayStation 5’s remarkable hardware capabilities on display. However, there are still many PlayStation fans that are unable to obtain a current-generation console. Although Guerrilla will release a PlayStation 4 version of Horizon Forbidden West, many gamers may feel that with so much development devoted to the hard-to-find next-gen, they are not receiving nearly the entire experience.

With the next game not due out until February 22, 2022, and no end in sight to Sony’s machine scarcity, it’ll be fascinating to see if PS4 players will leap right into the new game with old hardware or wait until they can get their hands on the newer Playstation 5.

Horizon Forbidden West will be released for PlayStation 4 and PlayStation 5 on February 18, 2022.