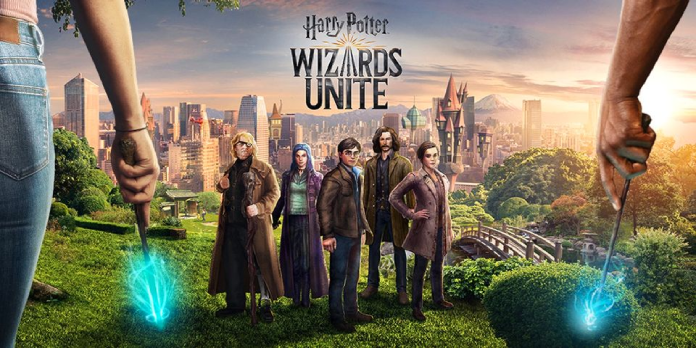 Niantic, the creator of Pokémon GO, has announced that Harry Potter: Wizards Unite, an augmented reality mobile game, will be discontinued in January 2022.

Pokémon GO, Niantic, has announced that the mobile game Harry Potter: Wizards Unite will be discontinued. When the Wizarding World game was released in 2019, it didn’t make the same splash as Pokémon GO, and while the download numbers were far from a failure for Niantic, it seemed to prove that the mobile release would never reach the same level of popularity as GO.

Harry Potter: Wizards Unite is a mobile app that uses augmented reality to turn the real world into a magical place. The game transforms everyday locations and areas into Fortresses, Greenhouses, and other buildings from the Harry Potter and Fantastic Beasts series, with points of interest becoming Fortresses, Greenhouses, and other structures. In addition, users will come across mythical creatures, and familiar Wizarding World faces as they unlock spells, brew potions, and visit famous locations from the franchise like Dumbledore’s Office and Hagrid’s Hut. The Harry Potter game has all of the ingredients for success, but it appears to have fallen short of the success of Pokémon GO.

Niantic has confirmed the game’s closure on the official Harry Potter: Wizards Unite website, with the app being removed from the App Store, Google Play, and Galaxy Store on December 6, 2021. Niantic explains that the servers will be completely turned off, which means that those who have the app installed after it is removed from the store will not play. However, players can “tune in as Harry and Hermione put an end to the Calamity” as the game nears its conclusion, with new events such as the Bellatrix Lethal Adversaries Event and the Horcrux Hunt Part 2. The official website has more information on the game’s final events.

Harry Potter: Wizards Unite will officially close on January 31, 2022 and will be removed from app stores on December 6, 2021. Join us to put an end to the Calamity. More details here: https://t.co/WQwWkgepVv pic.twitter.com/Su2odByNcd

Fans of Harry Potter: Wizards Unite were outraged when the game’s support was ended, with many criticizing the decision on Twitter. Those who regularly play the game have expressed their disappointment, while those who have invested financially in its add-ons since its release have also felt cheated. Unfortunately, the developer promises new gameplay changes for players to spend their remaining in-game Gold before the closure, though refunds will not be issued unless legally required.

Niantic may be shutting down Harry Potter: Wizards Unite, but the company is still working on new mobile experiences, such as Pikmin Bloom, which was developed in collaboration with Nintendo. Pikmin Bloom encourages people to walk by having Pikmin characters track their walking habits and hosting Community Days in the future. Although the app does not have the same level of gameplay as Harry Potter: Wizards Unite, many people are already enjoying Pikmin Bloom.

Luke Is Added To The Street Fighter 5 Roster In A...

Tf2 Packet Loss: What Is It and How to Fix It?