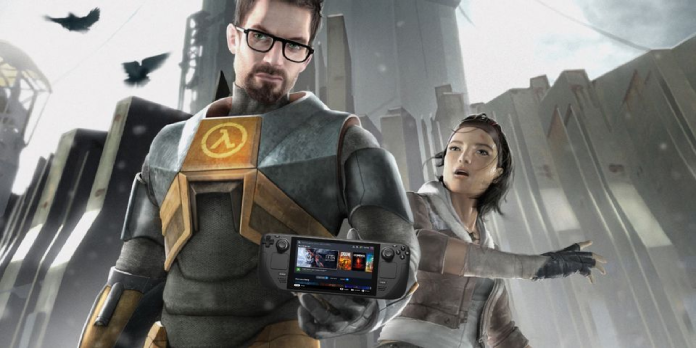 Half-Life 2 has been discreetly upgraded with a new beta branch that includes improvements and new choices in preparation for the game’s planned Steam Deck.

Half-Life 2 has a new beta branch, which updates the game to meet modern standards in preparation for Valve’s new Steam Deck portable PC and its Verified programme. Users will be able to play any game in their Steam library that supports Proton, a compatibility software that allows SteamOS to run Windows-based games, starting in December. While not every title will be available when Steam Decks launches, the software is now known to operate with 16,000 Steam games, and developers are working on updates to ensure that games are compatible with the new gadget.

Half-Life 2 was released in 2004 as a sequel to one of the most influential first-person shooter games ever developed, and it completely blew players away. With Valve’s brand new sophisticated Source engine, the game introduced an immersive storyline and game-world fluidity, setting a new industry standard. Half-Life 2 is still considered one of the best video games of all time, almost two decades later, and its fans continue to support it. Half-Life 2: Remastered Collection was recently discovered, and it could improve the game’s graphics, textures, and load times. While the collection was built by fans, Valve recognised it and is expected to be released by the end of the year, just in time for the Steam Deck.

Also See:  Is Samsung bringing the SD card back in the Galaxy S21 FE?

While no official announcement was made, Tyler McVicker, a well-known Valve reporter and Youtuber, found the upgrade to Half-Life 2’s beta branch on SteamDB (via Eurogamer) and released a lengthy video detailing all of the changes. To ensure that the FPS is suitable for Valve’s planned Steam Deck, the new beta version provides long-overdue updates and extra choices to all three components of the game. The game now has ultrawide resolution support, an adjustable and customised UI for aspect ratio, a 110-degree FOV, and, most importantly, Vulkan rendering API compatibility, according to McVicker. Thanks to this capability, Half-Life 2 will operate more smoothly on Linux-based operating systems like Steam Deck’s SteamOS.

Because most Steam titles do not work on Linux, compatibility has been a major issue for consumers and Valve’s digital shop. However, the company has been working to ensure that its SteamOS Proton software supports as many Windows titles as possible, even announcing a Steam Deck Verified programme. This method will alert gamers to which games are available to play on Steam Deck, with a green verification flag indicating that the games are playable “straight out of the box.”

Half-Life 2 is regarded as an enduring classic by Valve, and the game is being readied to be fully compatible with the future Steam Deck. While no official announcement has been made about the upgrade, more of Valve’s catalogue will likely be updated as the new handheld PC arrives this Christmas season.