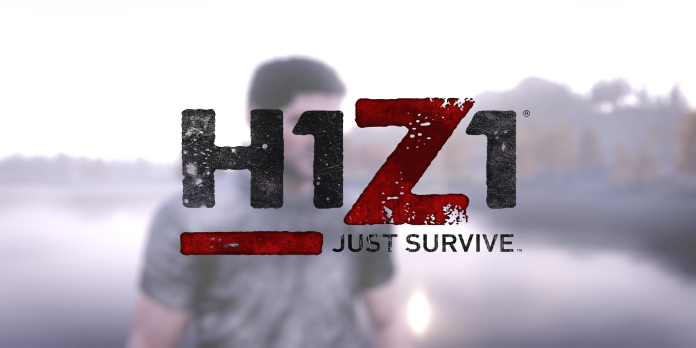 One of those games, H1Z1: King of the Kill, draws you in after an hour with its varied gameplay. This is one of the most intriguing multiplayer games available right now, with tense PvP and a tactical approach. But unfortunately, the game is unfinished and frequently unplayable because it is still in the early access phase. In addition, due to conflicting viewpoints, a fantastic idea becomes unimpressive.

To give you an idea of what to expect from the game at this point, we searched the internet for its known flaws for that reason. We sincerely hope this will aid in your decision-making on whether it is cost-effective. Additionally, if appropriate solutions are available, we will offer them. Therefore, you might learn something new even if you’ve already joined in on this multiplayer experience.

H1Z1: King of the Kills known issues and how to solve them

Numerous reports of H1Z1 are not starting to convince us that there is a problem with its optimization. A user from the Steam community forum explained his issue as follows:

”I just bought the game, and when I click play the little grey box that says “preparing to run” pops up for like 1/10th of a second and then nothing happens. It doesn’t appear to be running in my Task manager either. Clicking the Desktop short cut doesn’t do anything either, and running the launch pad just tells me that it MUST be started from steam. I already re-installed twice and checked the integrety 3 times.”

The integrity check and reinstallation should fix our original assumption that certain files are incomplete or corrupt. So, what should you do in this circumstance? You might try the following alternatives to address this problem:

After starting the game and overcoming any initial difficulties, there’s a risk that you’ll run into performance problems. Despite running the game on strong hardware, some gamers complain of a lot of FPS difficulties and lag, like this user on the Steam discussion forum:

‘‘I have been playing a lot of AAA titles smoothly. Eg. Fallout4, Dying Light…And when I play this game, I’m struggling to reach 30fps in 720p. I’m able to reach 40 by turning down/off everything. This fps is gonna drag me down in intense pvp. Is it an optimization problem or sth? My graphics drivers are up to date.
Specs: i5 4210u
840M
8GB DDR3 RAM’‘

You can change the following things to enhance your overall experience and lessen lag while keeping playable FPS levels:

Connection problems are distinct issues. A reliable connection is essential for playing any online game. Your bandwidth might not be the most important consideration, though, if the game isn’t exactly the best-optimized title ever. However, we have several actions you can take to lessen connection problems. The portion you can change, at least.

Keybindings are causing problems for some users. The game restores the default keybindings rather than the user-defined ones upon each new start. One participant in a Steam discussion thread stated the following:

‘‘everytime i start up my game all the keybindings are set back to default its extremely annoying does anyone know a quick fix for it?”

With just a few simple steps, this issue can be resolved quickly. Here’s how to stop the game from wiping out your previously set keybindings:

You should now be able to utilize custom keys in the game, as this should fix the problem.

After an upgrade, the infamous “G” faults become more prevalent. Specifically, your game may have performed as intended before the update, but occasionally after the most recent patch, you get a G15 or G29 error and everything freezes. There appear to be numerous potential answers, but we cannot promise they will succeed. The complete list of known issues and potential solutions are shown below:

The hard drive does not have enough room to install H1Z1.

There might not be enough video cards. In addition, a new video card might be required if upgrading the video card drivers is unsuccessful.

Please try again later; the servers are not accessible at the moment.

Multiple factors may be at blame for this inaccuracy.

The game file is damaged. Reinstall the game after uninstalling it.

Open the LaunchPad again and log back in after closing the game and LaunchPad. A complete uninstall and reinstall of the game may be necessary if the error keeps happening.Additionally, you might want to check the firewall settings

Your game’s files might have become corrupted in one or more places. Launch the H1Z1 LaunchPad, login, but don’t hit the play button. Choose the option to open the game directory after clicking the Advanced Tools icon (which resembles a gear) in the lower left. Find and remove the following files from the window or folder that appears:

After deleting these files, close the H1Z1 window or folder, then check your game files using the Steam client.

These error codes result from a general error brought on by a crash linked to the visuals or the user interface. If the problem continues, check to see if your graphics drivers are current and that your machine satisfies H1Z1’s minimal system requirements. Reinstalling your graphics driver may be necessary for some circumstances to fix this problem.

The game servers are currently experiencing a problem. Please give it some time and then try again.

H1Z1 cannot be launched because of a firewall or virus scanner. Configure any firewalls and antivirus software to let H1Z1 (specifically launchpad.exe and h1z1.exe). Here are the procedures to take to let the game disable your security software.

Your Netgear router’s firmware either has a flaw in it or is out of date.

Your computer’s video card is malfunctioning. Retry after updating the drivers.

There are some corrupted files. Reinstall the game after uninstalling it.

H1Z1 cannot find certain files needed to play. Log out then log in again. If this doesn’t work, uninstall and reinstall the game.

When downloading the required files, there was a connection problem. Attempt logging out and logging back in again, or try removing and reinstalling the game.

The video for the game had trouble starting. Visit the manufacturer’s website to update your video card drivers. A new video card might be necessary if it doesn’t work.

Your visual card may not meet the minimal requirements for H1Z1 since it had problems initializing.

Visit the manufacturer’s website to update your video card drivers. A new video card might be necessary if it doesn’t work.

Your game client needs to be patched since it is out of date. Re-patch the game (for early access, this will require patching through Steam.)

Advice: If every server has a very low population, it’s possible that they’ve just started or that they’re still locked (In the testing mode for Daybreak Games quality testing employees only.)

On this Daybreak Account, you don’t have access to H1Z1. For further details, go here.Typically brought about by Steam network problems. Try again or check for service updates.

A session ID from the server was not sent to the client. These mistakes shouldn’t be repeated and are typically one-off situations. Just shut down the client and start it up again.

We apologize, but at this time, we cannot reach Steam. Additionally, make sure to start H1Z1 using the Steam client.

We’re sorry, but it appears that you are attempting to play the game with a Daybreak Account other than the one you used to purchase Early Access.

Your game’s files might have become corrupted in one or more places. Please use the Steam client to verify the game assets. Do you require assistance validating assets? Click this

The connection to the Login server is not working properly. Please wait a few seconds before attempting to log in again, as it might be down for maintenance. Even though this is the most frequent reason, a few more are not related to the server end of things. To solve the issue, kindly attempt these troubleshooting procedures.

Connecting to the login server is problematic. The login server might be unavailable due to maintenance. Please give it another go later. Check the forums for announcements regarding anticipated downtimes and planned server shutdowns.

Check your game files from the LaunchPad for errors, and ensure that H1Z1.exe and launchpad.exe are configured as exceptions in your firewall/antivirus software if there is no indication of a server shutdown (s). Running through these procedures will establish that the issue is not on your end, even though the login server may still be taken down without warning.

Your game has entered an unusual condition. One of the following is the reason for this:

Top Issue King of the Kill from h1z1

Wondering why h1z1 is not fun? from h1z1

How to: Crossplay Overwatch on PC, Xbox, Ps5, and Nintendo