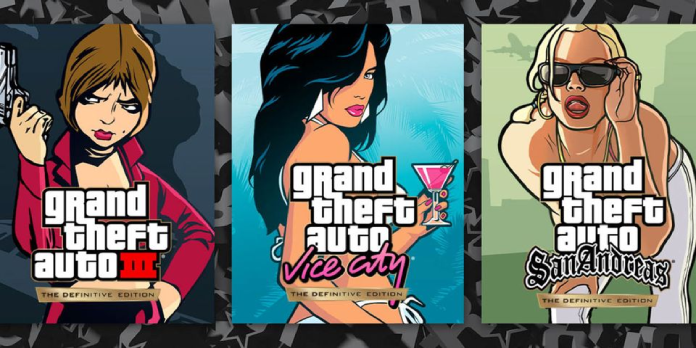 The PC system requirements for Grand Theft Auto: The Trilogy – Definitive Edition and some key next-gen details have been leaked by a leaker.

More details about the upcoming Grand Theft Auto: The Trilogy – Definitive Edition have been leaked by a well-known leaker, including PC system requirements and some next-gen details. Since its initial announcement in early October, there has been little information about the long-awaited GTA trilogy remaster, and Rockstar Games hasn’t released any screenshots or gameplay footage. On the other hand, Leaks continue to circulate online, energising and agitating some fans who believe the next-gen remaster will include major changes.

In honour of Grand Theft Auto 3’s 20th anniversary, Rockstar Games and publisher Take-Two Interactive officially announced Grand Theft Auto: The Trilogy – The Definitive Edition earlier this month, ending a year of speculation and rumours. Touch-ups of PS2 era classics Grand Theft Auto 3, Grand Theft Auto: Vice City, and Grand Theft Auto: San Andreas will be included in the collection, along with various upgrades such as graphical improvements and modern gameplay enhancements. While there isn’t much information about its release date other than the fact that it will be later this year, The remastered GTA trilogy will be released on the PlayStation 5, PlayStation 4, Xbox One, Nintendo Switch, and on PC as a Rockstar Launcher exclusive.

User and notable leaker alloc8or has revealed the GTA trilogy remasters minimum and recommended PC requirements, as well as some key next-gen details, in a post on the Grand Theft Auto forums. The minimum requirements for Grand Theft Auto: The Trilogy – The Definitive Edition on PC are an Intel Core i5-2700k or AMD FX-6300 CPU and an NVIDIA GeForce GTX 760 2GB GPU or equivalent, which takes up 45 GB. This is higher than Grand Theft Auto 5’s system requirements, which could indicate a significant improvement.

According to the description, players who purchase the GTA trilogy remaster through Rockstar’s Launcher will receive a discount. Those who purchase the game through the exclusive launcher by January 5th, 2022, will receive a $10 discount on their next purchase of $15 or more through the Rockstar Games Launcher or Rockstar Web Stores. While this is a significant benefit for returning users, it could indicate that the collection will be released on Steam after the developer removed all classic GTA games from the platform.

Although the details haven’t been confirmed, alloc8or has a history of leaking reliable information, and Rockstar’s future listing may be no exception. PC gamers can start prepping their systems for the GTA trilogy remaster, which will release later this year, with more news expected this week as GTA 3’s 20th-anniversary approaches.

Grand Theft Auto: The Trilogy – Definitive Edition will be released in 2021 on PS4, PS5, Xbox One, Xbox Series X/S, PC, and Nintendo Switch, as well as in the first half of 2022 on iOS and Android.

What to Do if You Can’t Add a User to Friends...